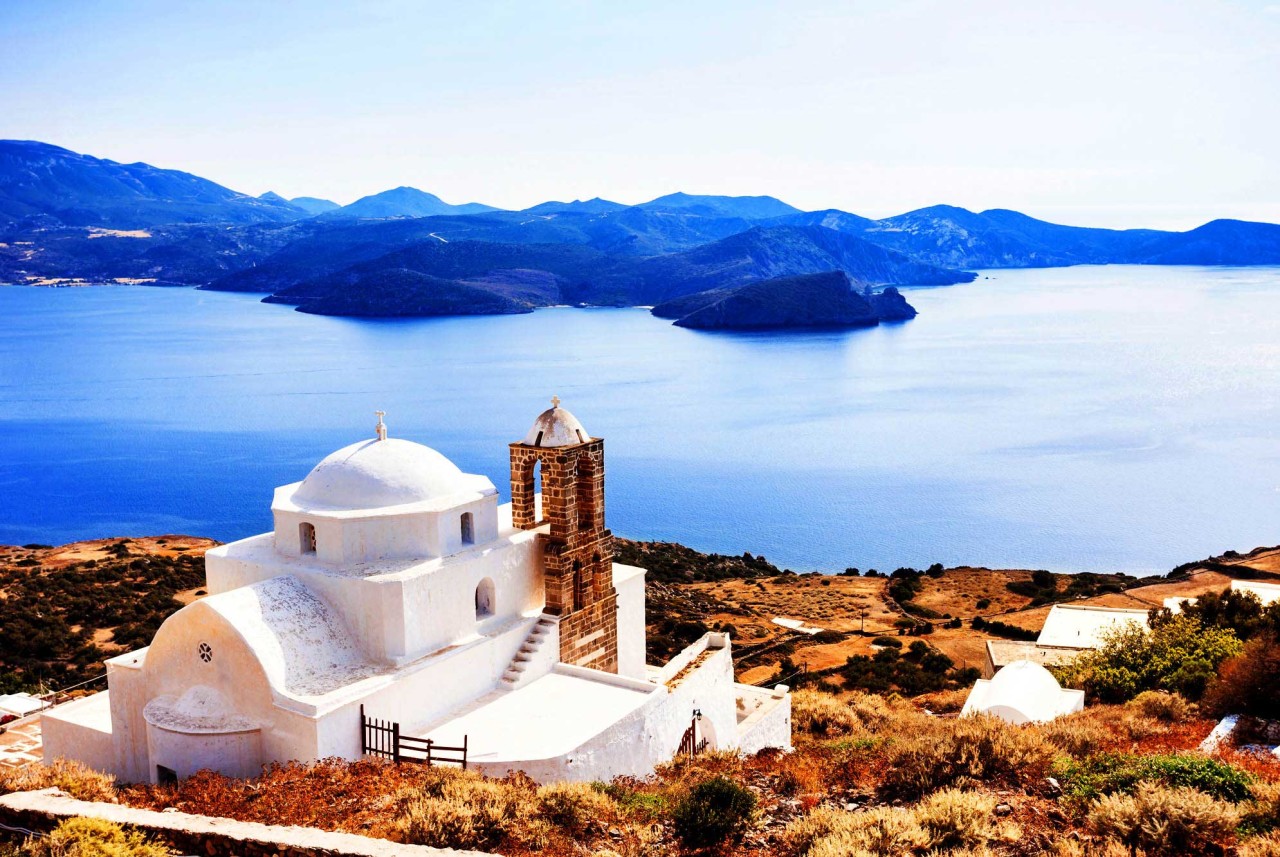 Milos Island Greece is a volcanic Greek island in the Aegean sea, and belongs to Cyclades group of islands. The land area of Milos  is 160 square kilometers and the population is 4,977 inhabitants. The volcanic activity in ancient years has endowed Milos island with a variety of gorgeous landscapes, offering the visitor a wide range of activities. The shapes of the rocks and their wonderful colors at the beautiful white sandy beaches are the expression of the volcanic features of Mílos.

Obsidian (a glass-like volcanic rock) from Milos was a commodity as early as 15.000 years ago. Natural glass from Milos was transported over long distances and used for razor-sharp “stone tools” well before farming began and later: “There is no early farming village in the Near East that doesn’t get obsidian”. The position of Milos, between mainland Greece and Crete and its possession of obsidian, made it an important center of early Aegean civilization.

The first settlement at Phylakopi arose in the Bronze Age, flourishing as the extraction of obsidian was in the decline. The first settlers were tuna fishermen. Lying on the north-east coast, 1896 excavations by the  British School at Athens revealed a town wall and a Minoan-inspired structure, dubbed the Pillar room, which contained fragments of vivid wall paintings. The famous fresco of the flying fish  was found in the ruins of the Pillar room and was executed with delicate coloring and graphic observation of nature in the graceful movement of a fish. Stylistic similarities to Minoan frescoes are suggested, and it could perhaps have been the work of a Cretan artist. Part of the site has been washed away by the sea. The antiquities found at the site covered three major periods, from the Early Cycladic period to the Mycenaean period. At the site much pottery was excavated, with several changing styles and influences over the site’s long occupation.

The first Dorian settlement on Milos was established no earlier than the 1st millennium BC. Dorians are the ethnic group to which the Spartans belonged. They established a city whose site lies on the  community of Trypiti. From the 6th century BC up to  416 BC, Milos issued its own coin. By the 6th century BC, the Milians had also learned to write, and they used an archaic variant of the ancient Greek script. During the Peloponnesian War (431-404 BC) between Athens and Sparta, the Milians remained neutral despite sharing the Spartans’ Dorian ethnicity.

In 197 BC, Milos came under Roman influence. During the early 9th century CE the Cyclades islands were harassed by Arab raiders. Milos was mentioned in a Byzantine chrysobull  of 1198, which shows it was still important to the Byzantines. In the Medieval period, the Venetian Marco Sanudo seized control of Milos and a number of other Cyclades islands. In 1566 the Venetians handed over the Duchy of Naxos to the Ottoman Empire. Milos was one of the first islands to join the Greek War of  Independence of 1821.

The capital of Milos island is Plaka and the main harbour is Adamas. Among the landmarks of the island are: the early Christian catacombs, a prehistoric settlement in Fylakopi, the mining museum exhibiting 11,000 years of mining history, the white-washed Chora adorned with beautiful churches, the Archaeological Museum where also a replica of the masterpiece of Aphrodite of Mílos is kept, are definitely worth of visit. Don’t forget to visit Apollonía, on the northwest part of the island, looking for an unforgettable experience. You can rent a boat from its little harbor to the opposite situated island of Kimolos.

At Milos Greece, you can enjoy 80 amazing beaches. Like Kleftiko with its turquoise waters, Sarakíniko with white sharp rocks cutting deep into a sheer cliff, the open cave of Papafragkas, the biggest beach of the island Ahivadolímni and many others. The top 10 beaches of Milos island are:

Sarakiniko beach : Formed by volcanic rocks, the most photographed beach of Milos.

Kleftiko :  Accesible only by boat, is one of the most impressive spots of Milos island.

For many reasons Milos Island Greece is a fascinating tourism destination. 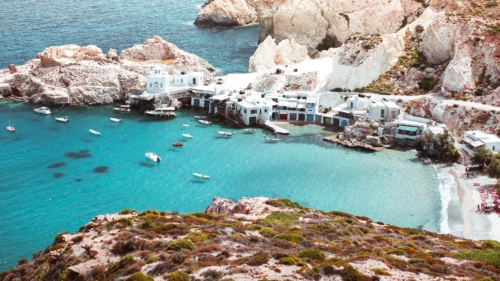 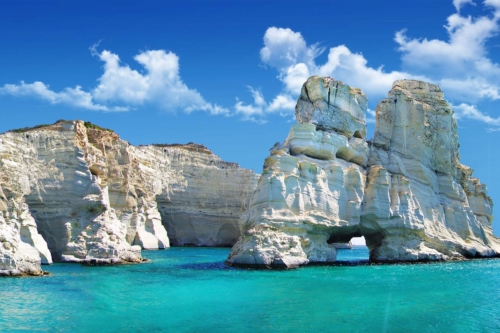 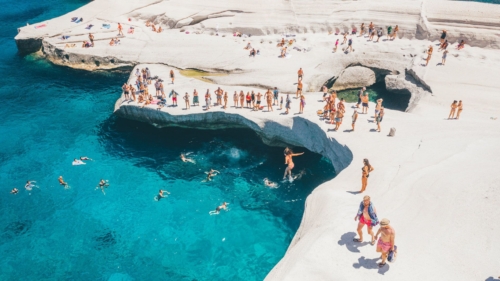