Vergina is a small town in northern Greece, Central Macedonia. Vergina Greece is known as the site of ancient Aigai, the first capital of Macedonia. In 336 BC Philip II was assassinated in Aigai’s theatre and his son, Alexander the Great, became the king. From Aigai, the Macedonians spread to the central part of Macedonia and displaced the local population of Pierians. In the ﬁrst half of the 5th century BC, Aigai became the capital of Macedonia, the most important northern Greek state. Life reached unseen levels of luxury and to meet the needs, merchants from all over the ancient world brought to Aigai valuable goods including perfumes, carved ornaments and jewellery. The city wall was built in the 5th century, probably by Perdiccas II. At the end of the 5th century Archelaus I brought to his court artists, poets, and philosophers from all over the Greek world. At Aigai, Euripides wrote and presented his last tragedies.

At the beginning of the 4th century BC, king Archelaus transferred the Macedonian capital  to Pella on the central Macedonian plain. Nevertheless, Aegai remained  the sacred city of the Macedonian kingdom, the site of the royal palace and the royal tombs. For this reason it was here that Philip II was attending the wedding of his daughter Cleopatra to King Alexander of Epirus when he was murdered by one of his bodyguards in the theatre. This was the most lavish funeral ceremony of historic times in Greece. Laid on an elaborate gold and ivory deathbed wearing his precious golden oak wreath, the king was surrendered  to the funeral  fire.

After the overthrow of the Macedonian kingdom by the Romans in 168 BC, both old and new capitals were destroyed, the walls pulled down and all buildings burned. Between the 2nd and 5th centuries AD  all that remained was a small settlement whose name  Palatitsa (palace) indicated its former importance.

Excavations in the area began in 1861 under the French archaeologist Leon Heuzey, sponsored by Napoleon III. Parts of a large building that was considered to be one of the palaces of Antigonus III  (263–221 BC), were discovered near Palatitsa, which preserved the memory of a palace in its modern name. However, the excavations were abandoned.  During the 1950 and 1960 the rest of the royal capital was uncovered including the theatre. In 1977, the Greek archaeologist Manolis Andronikos undertook a six-week dig at the Great Tumulus and found four buried tombs, two of which had never been disturbed. Andronikos claimed that these were the burial sites of the kings of Macedon, including the tomb of Philip II, father of Alexander the Great (Tomb II) and also of Alexander IV of Macedon, son of Alexander the Great and Roxana (Tomb III).

The museum of the tumulus of Philip II, which was inaugurated in 1993, was built over the tombs leaving them in situ and showing the tumulus as it was before the excavations. Inside the museum there are four tombs and one small temple, the heroon built as the temple for the burial cluster of Philip II. The two most important tombs (II and III) were not sacked and contained the main treasures of the museum. Tomb II of Philip II, the father of Alexander the Great was discovered in 1977 and was separated in two rooms. The main room included a marble chest, and in it was the larnax made of 24 carat gold and weighing 11 kilograms, embossed with the Vergina Sun symbol. Inside the golden larnax the bones of the dead were found and a golden wreath of 313 oak leaves and 68 acorns. In the room were also found the golden and ivory panoply of the dead, the richly carved burial bed on which he was laid and later burned and exquisite silver utensils for the funeral feast. In the antechamber was another chest with another golden larnax containing the bones of a woman wrapped in a golden-purple cloth with a golden diadem decorated with flowers and enamel, indicating a queen (probably Philip’s Thracian wife, Meda). The only wall painting in the tomb pictures the Abduction of Persephone by the God of the Underworld, the silent Demeter and the three unprejudiced Fates with Hermes, the Guide of Souls, leading the way, and a scared nymph witnessing the horrifying event. This is a unique example of ancient painting, believed to be the work of the famous painter Nikomachos. In 1978 Tomb III was discovered, also near the tomb of Philip, which is thought to belong to Alexander IV of Macedon son of Alexander the Great, murdered 25 years after Philip’s assassination. On a stone pedestal was found a fine silver hydria, which contained the cremated bones, and on it a golden oak wreath. A narrow frieze with a chariot race by a great painter decorated the walls of the tomb. Tomb IV, discovered in 1980, had an impressive entrance with four Doric columns  and may have contained valuable treasures. It was built in the 4th century BC and may have belonged to Antigonus II Gonatas.

The most important finding of the excavations is the monumental royal palace. It was located on a plateau directly below the acropolis. Probably this building was consisted of two storeys  on a large open courtyard flanked by Doric colonnades. It was decorated, with mosaic floors, painted plastered walls, and fine relief tiles. Excavations have dated construction of the palace to the reign of Philip II, even though he also had a palace in the capital of the Macedonian kingdom, Pella. This huge building was visible from the whole Macedonian basin, a remarkable landmark, a symbol of power and beauty.  The theatre, built on the 4th century BC, forms an integral part of the palace. The palace is considered to be not only the biggest but, together with the Parthenon, the most significant building of classical Greece. In the same area there are also the ruins of an acropolis, shrines and private buildings, and hundreds of common graves of an extensive necropolis of the ancient city of Aigai until Roman times. Aigai has been awarded UNESCO World Heritage Site status as “an exceptional testimony to a significant development in European civilization”.

The best way to visit the Royal Tombs of Vergina and admire the treasures of Macedonian kings in ancient Greece is to choose the organized, guided excursions of  Kaningos Tours :  7 Days Grand Tour of Greece  and  5 Days Northern Greece Tour. 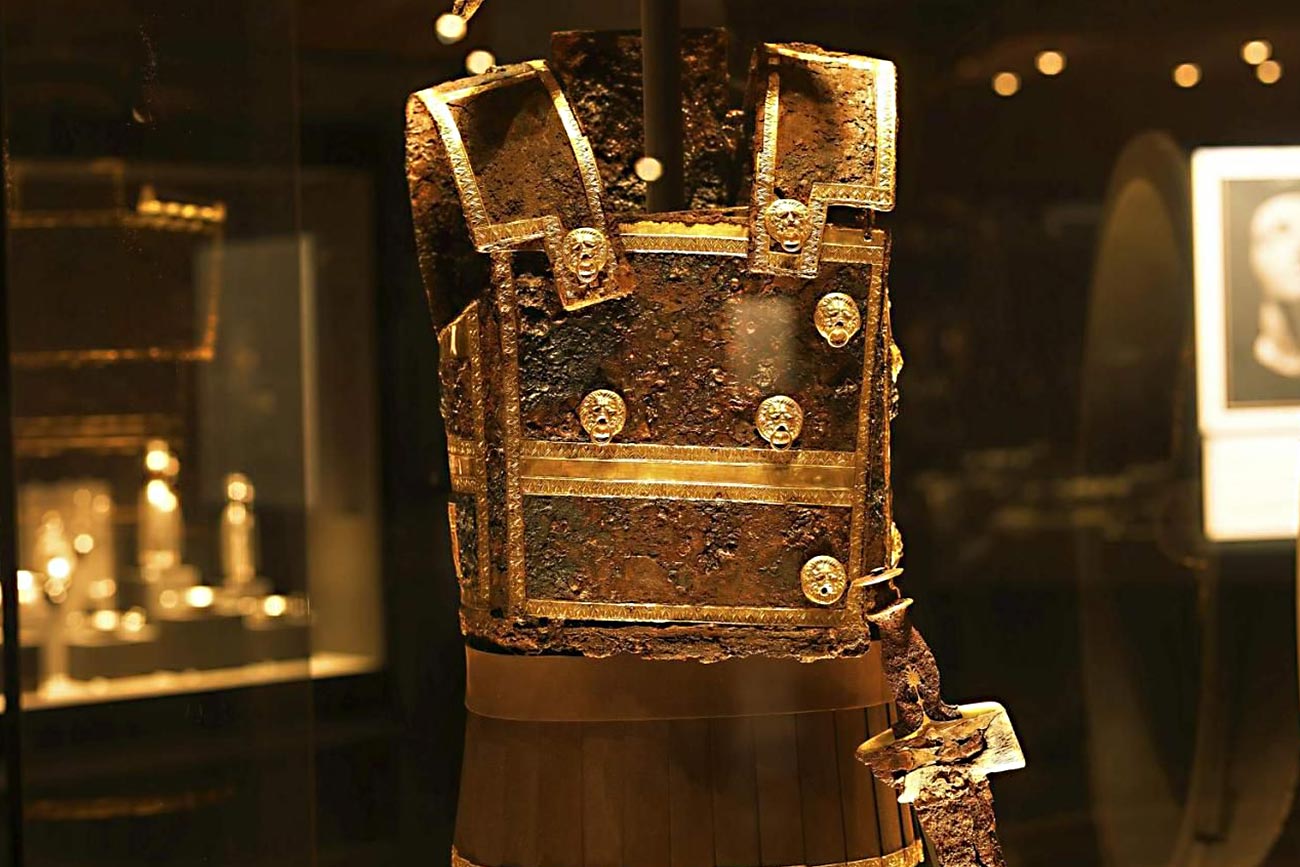 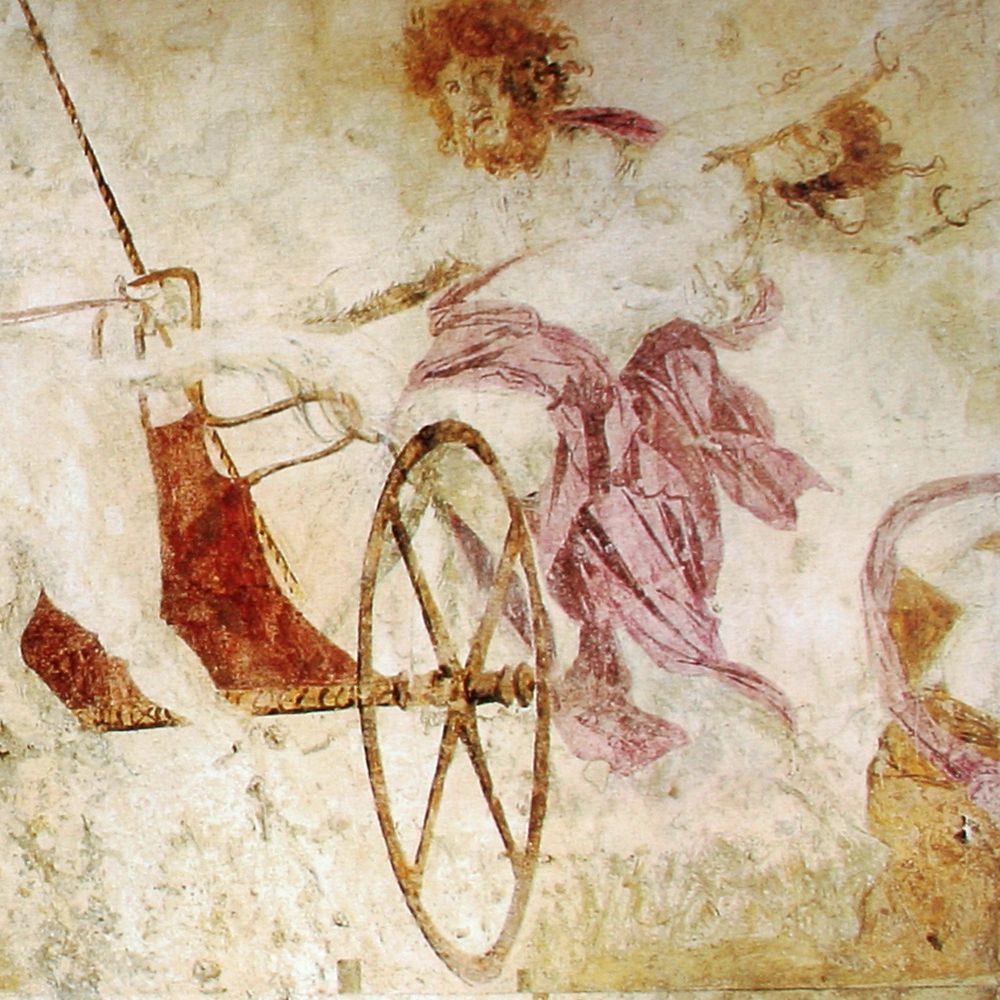 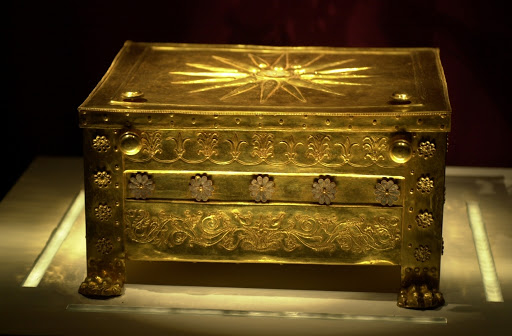 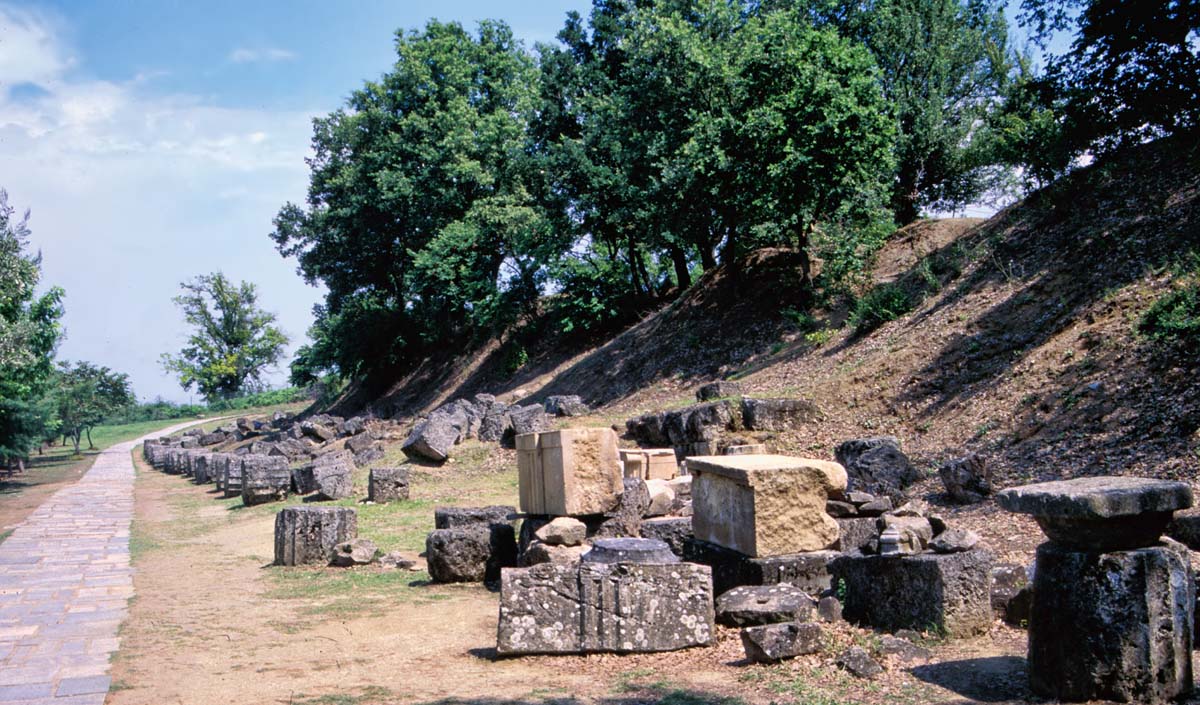