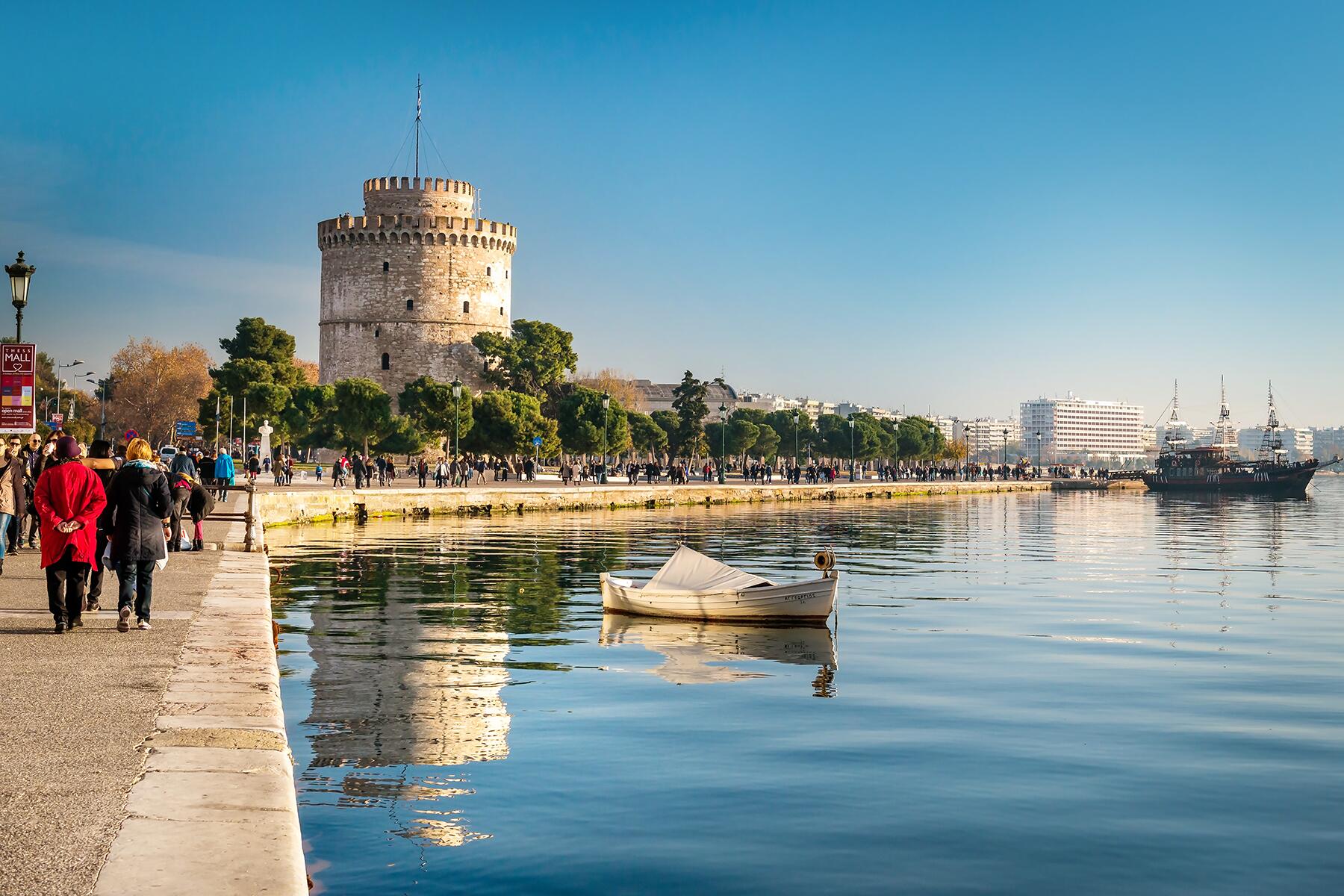 Thessaloniki or Salonica  is the second-largest city in Greece, with over 1 million inhabitants in its metropolitan area, and the capital of the geographic region of Macedonia. Thessaloniki Greece is located on the Thermaic Gulf, at the northwest corner of the Aegean Sea. The city was founded around 315 BC by the King Cassander of Macedon, near the site of the ancient town of Therma. He named it after his wife Thessalonike, a half-sister of Alexander the Great and princess of Macedonia as daughter of Philip II. Under the kingdom of Macedonia the city retained its own autonomy  and parliament and became the most important city in Macedonia. In 148 BC Thessaloniki was made the capital of the Roman province of Macedonia and later it became the capital of all the Greek provinces of the Roman Empire because of its importance in the Balkan peninsula. At about 50 A.D., Thessaloniki was one of the early centers of Christianity. Apostle Paul visited this city’s chief synagogue on three Sabbaths and sowed the seeds for Thessaloniki’s first Christian church. Later, Paul wrote two letters to the new church at Thessaloniki, preserved in the Biblical canon as First and Second Thessalonians. Thessaloniki acquired a patron saint, St. Demetrius, a Christian whom Galerius is said to have put to death.  A basilica church dedicated to St. Demetrius ( Aghios Dimitrios), was first built in the 5th century AD and is now a UNESCO World Heritage Site. From the first years of the Byzantine Empire, Thessaloniki was considered the second city in the Empire after Constantinople, both in wealth and size, with a population of 150,000 in the mid-12th century. The economic expansion of the city continued through the 12th century.

Thessaloniki was captured by the Ottoman Sultan Murad II on 29 March 1430. The change of sovereignty from the Byzantine Empire to the Ottoman one did not affect the city’s prestige as a major imperial city and trading hub. Thessaloniki and Smyrna, although smaller in size than Constantinople, were the Ottoman Empire’s most important trading hubs. Thessaloniki’s importance was mostly in the field of shipping, but also in manufacturing, while most of the city’s trade was controlled by ethnic Greeks. The city became both the largest Jewish city in the world and the only Jewish majority city in the world in the 16th century. As a result, Thessaloniki attracted persecuted Jews from all over the world. The last few decades of Ottoman control over the city were an era of revival, particularly in terms of the city’s infrastructure. The first tram service started in 1888 and the city streets were illuminated with electric lamp posts in 1908. In 1888 the Oriental Railway connected Thessaloniki to Central Europe via rail through Belgrade and to Monastir in 1893, while the Thessaloniki-Istanbul Junction Railway connected it to Constantinople in 1896. On 8 November 1912 the Greek Army accepted the surrender of the Ottoman garrison at Thessaloniki.

In 1917, most of the old center of the city was destroyed by the Great Thessaloniki Fire, which was started accidentally by an unattended kitchen fire on 18 August 1917. The fire swept through the center of the city, leaving 72.000 people homeless. Following the fire, the government prohibited quick rebuilding, so it could implement the new redesign of the city according to the European-style urban plan. During World War II Thessaloniki was heavily bombarded by Italians and on 8 April 1941 fell to the forces of Nazi Germany and went under German occupation. After the war, Thessaloniki was rebuilt with large-scale development of new infrastructure and industry throughout the 1950s, 1960s and 1970s. Many of its architectural treasures still remain, adding value to the city as a tourist destination, while several early Christian and Byzantine monuments of Thessaloniki were added to the UNESCO World Heritage list. The White Tower  of 15th century is the hallmark of the city. In 2004 the city hosted a number of the football events as part of the 2004 Summer Olympics.

Thessaloniki Greece, houses many museums dealing with many different eras in history. Two of the city’s most famous museums include the Archaeological Museum of Thessaloniki and the Museum of Byzantine Culture. Thessaloniki  has many archaeological sites. Apart from its recognized UNESCO World Heritage Sites, Thessaloniki features a large two-terraced Roman forum. The forum complex also boasts two Roman baths and a small theater, which was used for gladiatorial games. Another important archaeological site is the imperial palace complex which Roman emperor Galerius, located at Navarinou Square, commissioned when he made Thessaloniki the capital of his portion of the Roman Empire. The large octagonal portion of the complex, most of which survives to this day, is believed to have been an imperial throne room. Various mosaics from the palatial complex have survived. Not far from the palace itself is the Arch of Galerius, known colloquially as the Kamara. The arch was built to commemorate the emperor’s campaigns against the Persians.

The construction of the Thessaloniki Metro inadvertently started the largest archaeological of Northern Greece. The dig spans 20 km2  and has unearthed 300,000 individual artefacts from as early as the Roman Empire and as late as the Great Thessaloniki Fire of 1917. Ancient Thessaloniki’s Decumanus Maximus was also found and 75 metres (246 ft) of the marble-paved and column-lined road were unearthed along with shops, other buildings, and plumbing, prompting one scholar to describe the discovery as “the Byzantine Pompeii”.  Some of the artefacts will be put on display inside the metro stations, while Venizelou  station will feature the world’s first open archaeological site located within a metro station.

The Thessaloniki Science Center and Technology Museum and is one of the most high-tech museums in Greece and southeastern Europe. It features the largest planetarium in Greece, a cosmotheater with the country’s largest flat screen, an amphitheater, a motion simulator with 3D projection and 6-axis movement and exhibition spaces. Also there is the Historical Museum of the Balkan Wars, the Jewish Museum of Thessaloniki , the Museum of the Macedonian Struggle and  the Holocaust Museum of Greece.

The cuisine of Thessaloniki is the Macedonian cuisine with Eastern character and many spices, due to long Ottoman occupation.  Thessaloniki has long been known in Greece for its vibrant city culture, including having the most cafes, bars and restaurants  per capital of any city in Europe; and as having some of the best nightlife and entertainment in the country, thanks to its large young population and multicultural feel.

Thessaloniki  is a popular tourist destination in Greece worldwide. The last years a touristic boom took place in Thessaloniki and the sleepovers of foreign tourists was estimated to reach 3.000.000 people. The city is renowned for its festivals, events and vibrant cultural life and is considered to be Greece’s cultural capital. The visitors of Greece can choose the organized guided excursions of Kaningos Tours to get to know the city of Thessaloniki : 7 Days Grand Tour of Greece and 5 Days Northern Greece Tour.

Thessaloniki  Greece is a modern metropolis with a stormy history, cosmopolitan character, special beauty and charm. 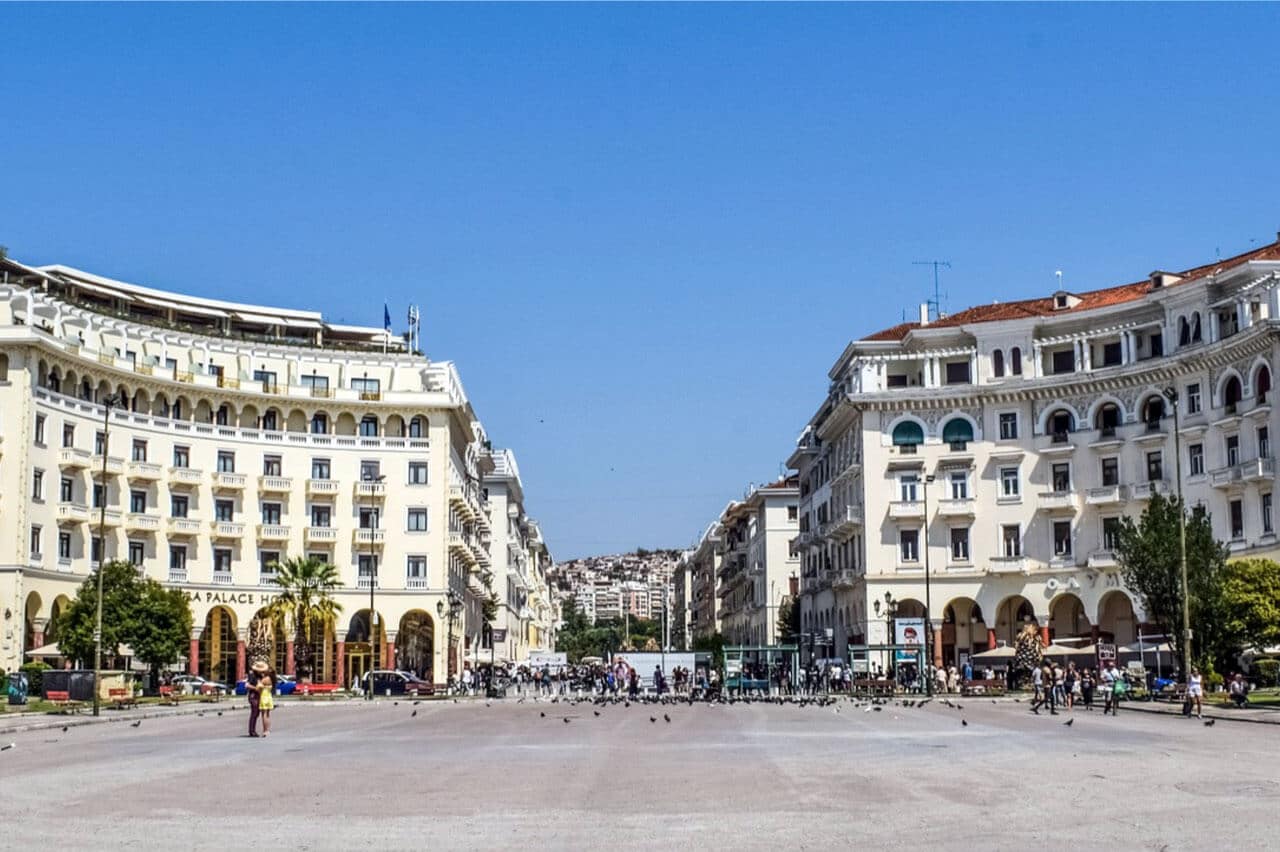 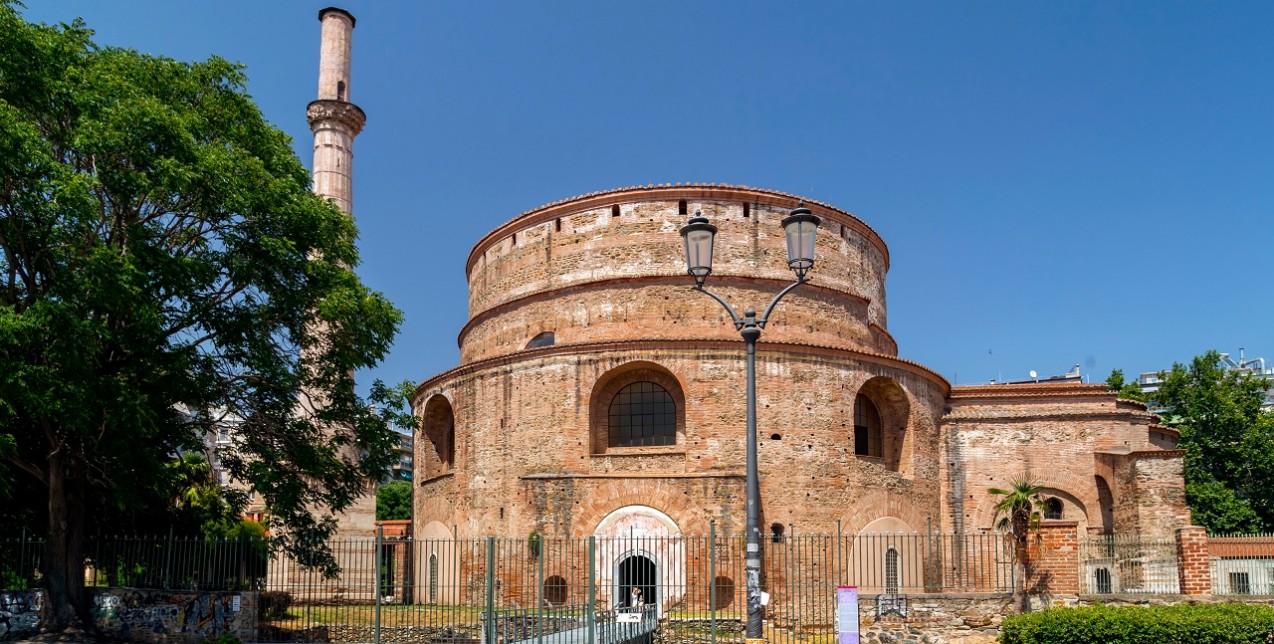