Syros  is a Greek island of the Cyclades complex, in the Aegean Sea. It is located 78 nautical miles south-east of Athens and it has 21,507 inhabitants. The capital of Syros island Greece is Ermoupolis.  According to archaeologists, the island was inhabited at least at the Early Bronze Age, by the Cycladic civilization. The excavations at the Kastri settlement  discovered a fortified town with use of metalwork and the earliest use of potter’s wheel at about 2800 BC. In later times, the island inhabited by the Phoenicians. In the Odyssey, Syros Island  was the country of the swineherd Eumaeus. The island was also the home of the philosopher Pherecydes, the teacher of Pythagoras. It possessed two leading cities, Syros (now the modern Ermoupolis) and another city (Galessus) on the western coast where Galissas now stands. During Roman times the capital of Syros was situated in the area of contemporary Ermoupolis. At the end of ancient times, barbarian raids and piracy, which affected the Aegean for many centuries, led Syros to decline. In 1204, the island was definitively conquered by the Venetians under the leadership of Marco Sanudo. As part of the Duchy of the Archipelago, Syros would remain under Venetian rule until 1522. It was at this time that Ano Syros was founded. By the 16th century, the Ottoman fleet became dominant in the Aegean Sea  and the Duchy fell apart. In 1522 the corsair Barbarossa took possession of the island, which would be known as “Sire” during Ottoman rule. In 1827 Syros became part of the newly founded First Hellenic Republic and later (1834) the Greek Kingdom. The island returned to peace and tranquillity.

The European architects (mainly Germans and Italians) and also Greeks who participated in the design and planning of  the capital of Syros-Ermoupolis respected the classical and ancient Greek architecture and harmonized it with the romanticism of the West. Ermoupolis has a high density of neoclassical architecture. The prosperity of Syros was connected with the development of social and cultural life. Most public buildings, churches, schools, stadiums and many mansions were built in the same elegant and neoclassical style, making Ermoupolis at the time a very modern city with a unique character. As a result, Syros changed almost overnight from a rather quiet island into a vigorous centre of crafts, industry and production. Also, due to its large port of Ermoupolis, it turned into a major center for ship building and refitting. Neorion was the first shipyard of Greece. To this very day, it remains a place where many ships are serviced and refitted.

The central location of the island made Syros one of the most important ports in the Eastern Mediterranean during the 19th century, soon turning it into the commercial, administrative and cultural center of the Cyclades islands complex. Εrmoupolis still resembles an open-air museum, a live monument of neoclassical architecture with relics and cultural treasures worth discovering. From the medieval city of Ano Syros, the ancient monuments of the Early Cycladic period in Kastri, the municipality of Syros-Εrmoupolis, the Apollon Theater  resembling Scala di Milano, the Orthodox and Catholic coexistence as well as the various influences from Asia Minor and all the way to the machine center in Neorion operating since 1861, Syros is a unique place of everlasting historical tradition and culture.

The are many local products in Syros Island Greece and the most famous of them is San Michali cheese, Spicy Kopanisti cheese, Loukoumi dessert, Pastelaria dessert, Chalvadopitta dessert. The gastronomy of Syros island  has been influenced by other cultures, thus giving every syrian dish a unique character with unique tasty combinations like pork with quinces, boiled meat with caramelized tomatoes, baked fish with herbs and raisins as well as stuffed tomatoes and peppers with pine nuts. There are many restaurants and tavernas in Syros serving the local dishes, Medirranean and International cuisine. The cosmopolitan island of Syros is also famous for its nightlife. Syros offers various choices for hotels right by the sea, both in the capital Ermoupolis and in several other settlements like Vari, Kini, Galissas and Azolimnos. Guests can choose among great value for money accommodation options with half board, bed and breakfast lodgings, seaside mansions and 5 star hotels with private swimming pools and take advantage of exclusive offers and packages that will turn any holiday in Syros into a holiday to remember. Accommodation in Syros includes a plethora of choices for all tastes and budgets. The best 19 beaches of Syros island are the following:

The best way to discover the beauties of Syros Island Greece is to choose the holiday package of Kaningos Tours : Holidays in Syros. 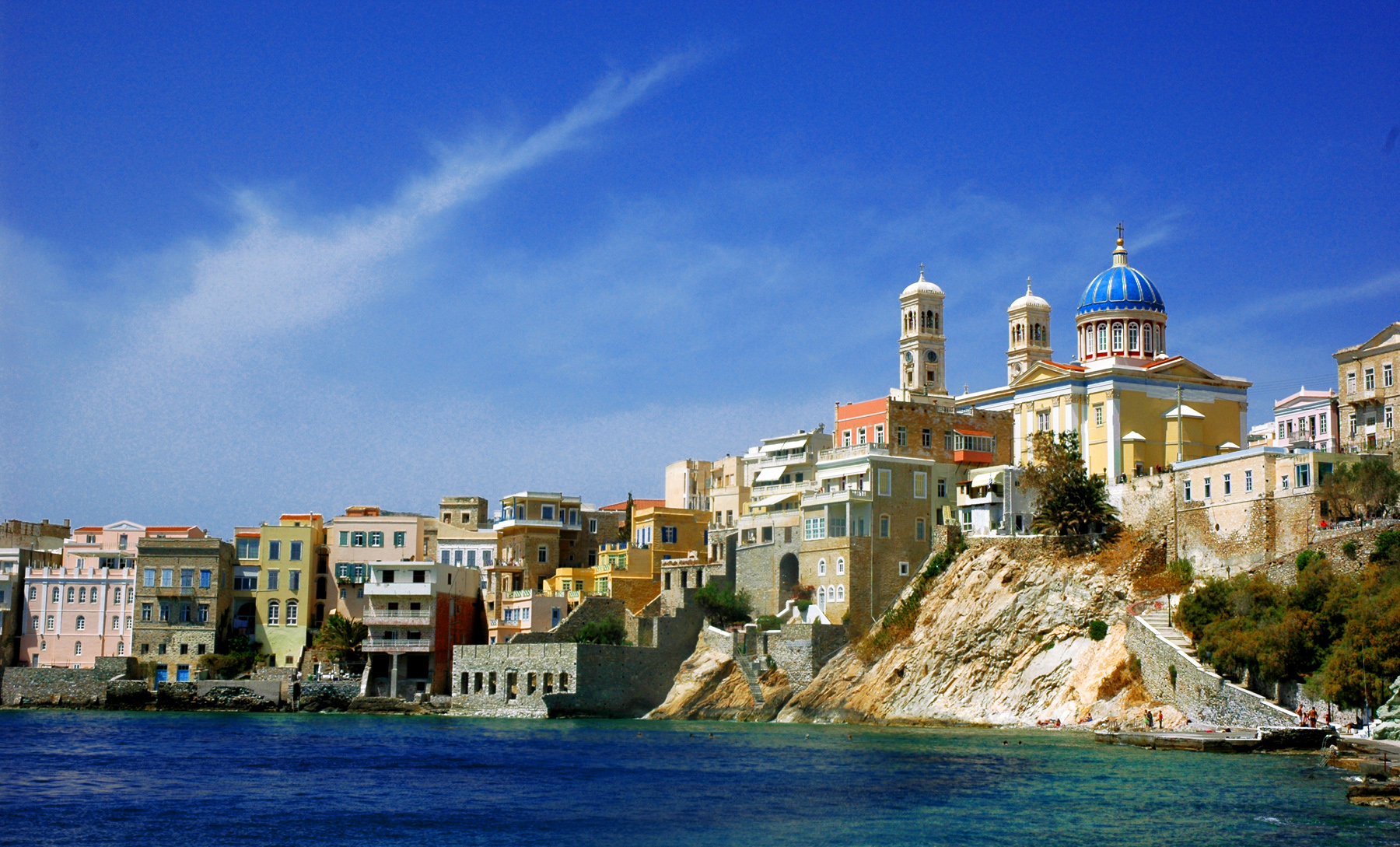 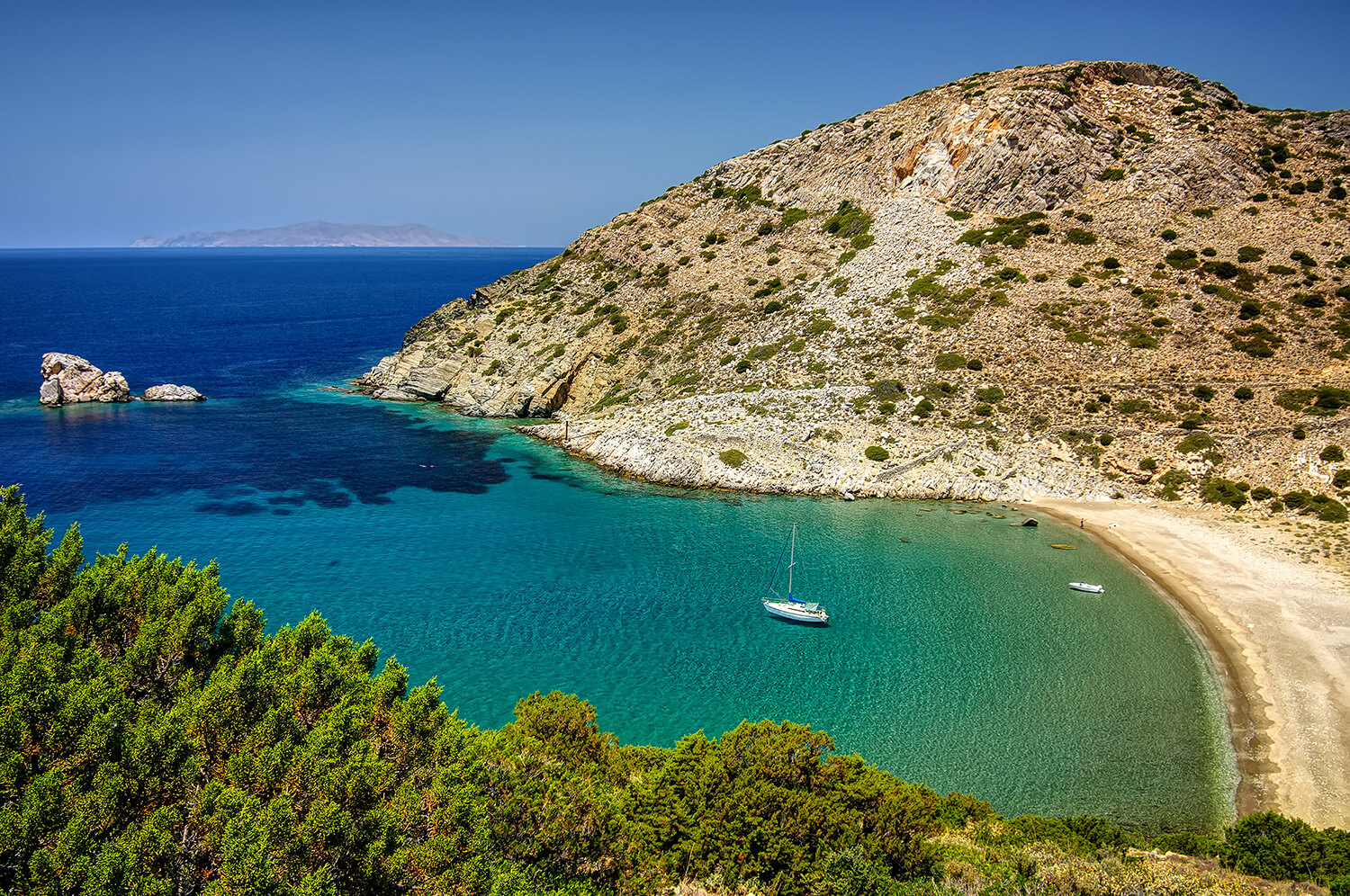 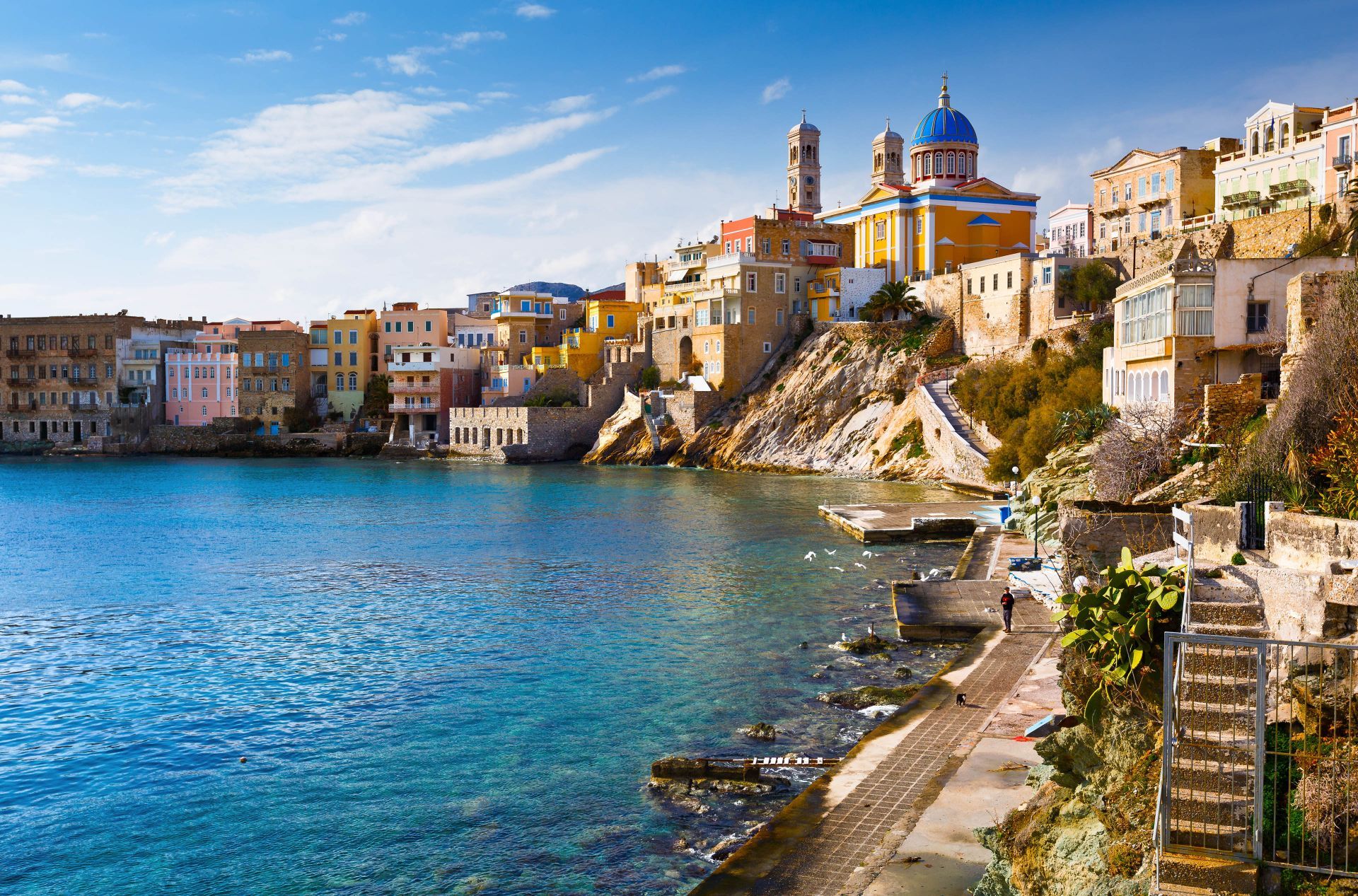 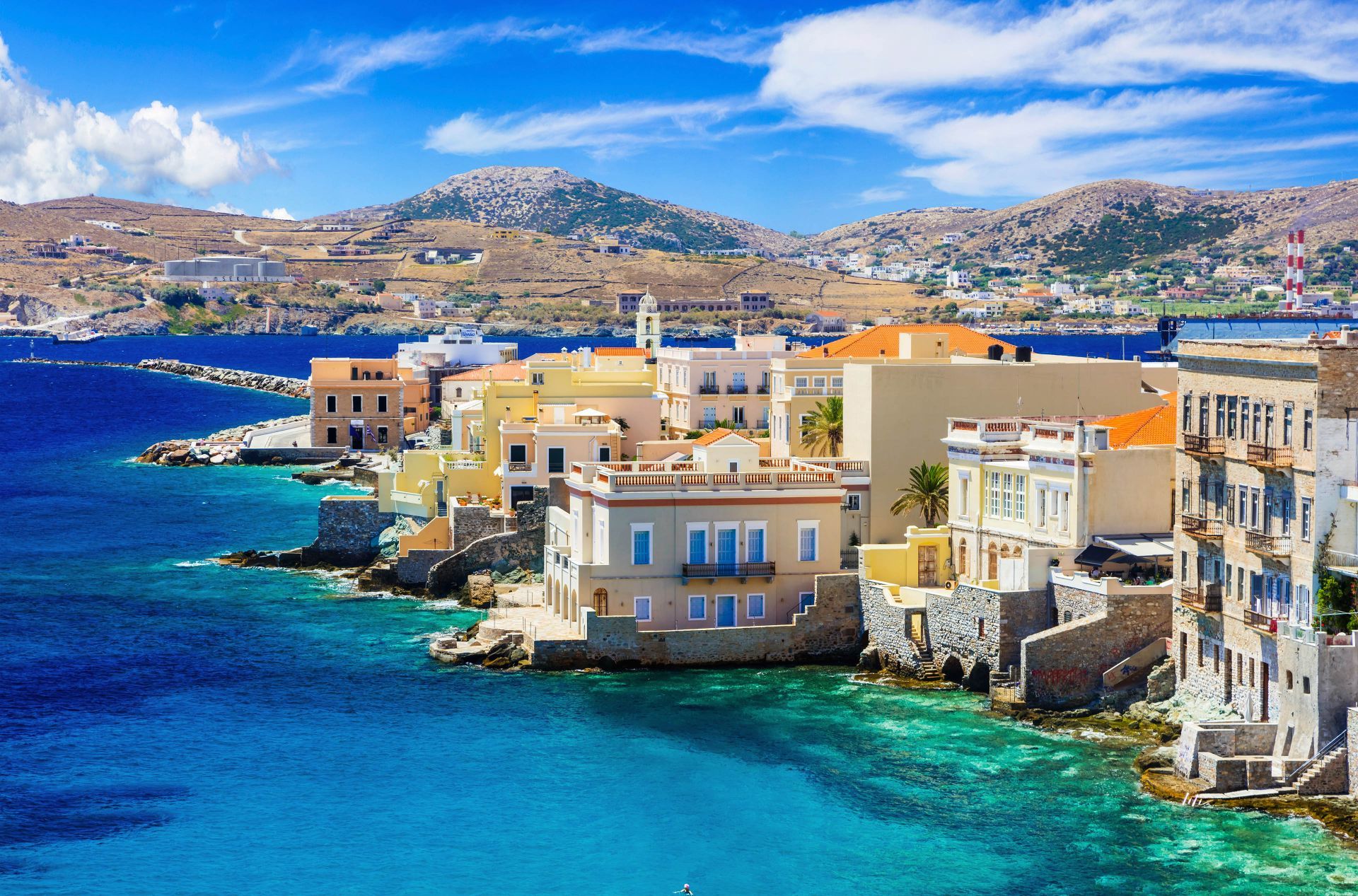