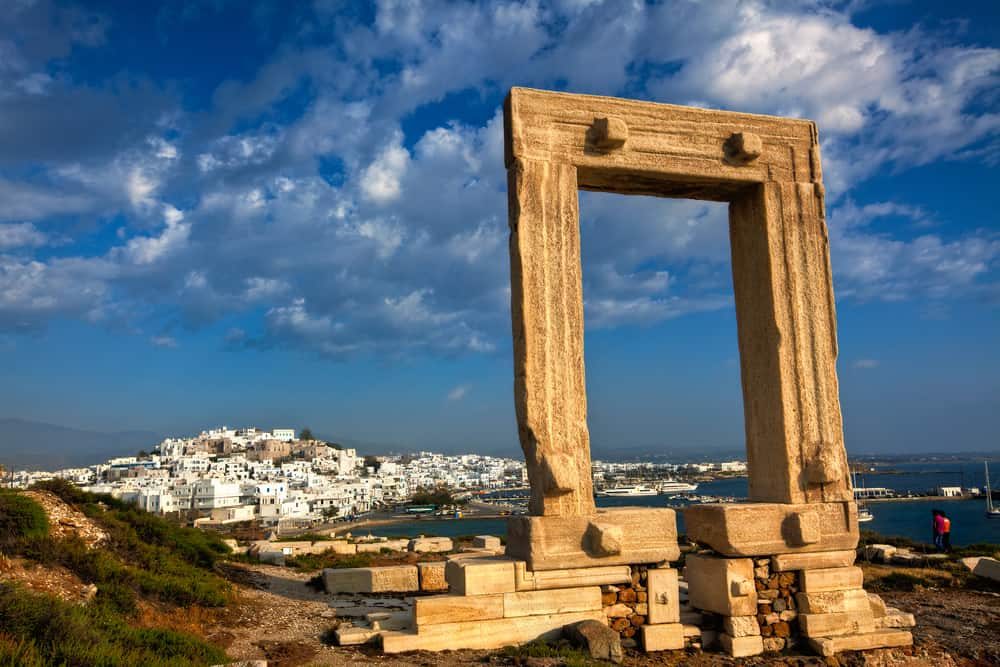 Naxos Island Greece is the largest and most fertile island of the Cyclades complex. It is a short ferry ride away from Paros and cosmopolitan Mykonos island but remains a quiet paradise, ready to be discovered from the nature and culture lovers.

According to Greek mythology the young god Zeus was raised in a cave on the mount Zas of Naxos. Also the wedding of god Dionysus with Ariadne, blessed the island with its fertility and its wine, which was famous in the ancient world. Archaeological evidence shows the presence of permanent settlements on the island at the end of 4th millennium B.C.  Naxos was a part of the Cycladic civilization. During the 8th and the 7th centuries B.C  Naxos dominated commerce in the Cyclades complex. Herodotus ( 500 B.C. ) described Naxos as the most prosperous Greek island.

In Naxos you can find lofty mountains, fertile valleys, springs, rivers, caves. Agriculture is an important economic sector with various vegetable and fruit corps. Naxos is well known for its cheese, potatoes and Kitron , a local citrus spirit. The capital of the island is Chora with aprox.  6.500 inhabitants and the main villages are Filoti, Agios Arsenios, Apeiranthos, Apollonas, Melanes, Kouros. The most well known monuments of Naxos are the following :

Apollo Temple’s entrance ( Portara) close to the Naxos town, a huge marble gate and the only remaining part of the unfinished temple of Apollo at  530 B.C.  It is the emblem of the island.

The Temple of Demeter at Sagkri, a unique combination of ancient temple and Christian church.

Kouri of Flerio, the marble sculpture from 350 B.C.

Kouros statue at Melanes, the unfinished marble statue Kouros and the running waters which initiated the watermills during the past years.

The sanctuary of Dionysos at Yria, which considered by the historian to be the forerunner of Parthenon.

Kastro ( Castle ) in the old town, a medieval world hidden behind the walls of the citadel at the Kastro district in Naxos old town.

Panagia Drossiani church at Moni village,the oldest Christian church of Naxos and one of the most important churches built around the 6th century  A.D.  and its name means Christ who gives the light.

Agios Nikolaos church in upper Sagkri, built at the 11th century, with an interior covered by successive layers of frescoes depicting the birth and baptism of Jesus Christ.

Agia Kyriaki church at Kalloni, a Byzantine church of the 9th century A.D. constitutes one of the most significant Byzantine monuments in the entire Balkan region.

Apeiranthos, the picturesque mountain village where you can visit the Archaeological museum, the Geological  museum, the museum of Natural History, the Folklore museum.

Zevgolis Tower, built on a rock located close to the center of the village of Apeiranthos, built on the 17th century .

Fragopoulos Della Rocca Tower in Kourounochori, is one of the oldest fortified towers, built at 14th century.

Chimarros tower at Filoti, is one of the most important monuments of the island. The tower, constructed with huge marble boulders at the 4th century B.C , is a fine example of Hellenistic defense related architecture.

Cave of Zas, located at the western side of Mount Zas. According to the Greek mythology God Zeus was raised here, as he found shelter in the cave while he was prosecuted by his father, Kronus.

In  Naxos there are endless beaches, surrounded by sand dunes with cedar trees growing on them. Some of the most famous beaches of the island  are: Plaka ( the longest sandy beach ), Agios Prokopios, Agia Anna . If you travel  with kids, Agios Georgios beach is the perfect one, with swallow waters and all necessary facilities.

Naxos, is well known for its local cuisine . The Naxian cuisine combines Cretan with Cycladic flavours. There are many restaurants and taverns as well shops to buy the delicious products of the island. The visitor of Naxos has a lot of choices regarding the nightlife and the entertainment, like bars, cafeterias, clubs, beach bars. Naxos island Greece is the perfect destination for summer holidays.

The best way to discover the beauties of Naxos Island Greece, is to choose the holiday package of Kaningos Tours : Island Hopping Athens-Paros-Naxos. 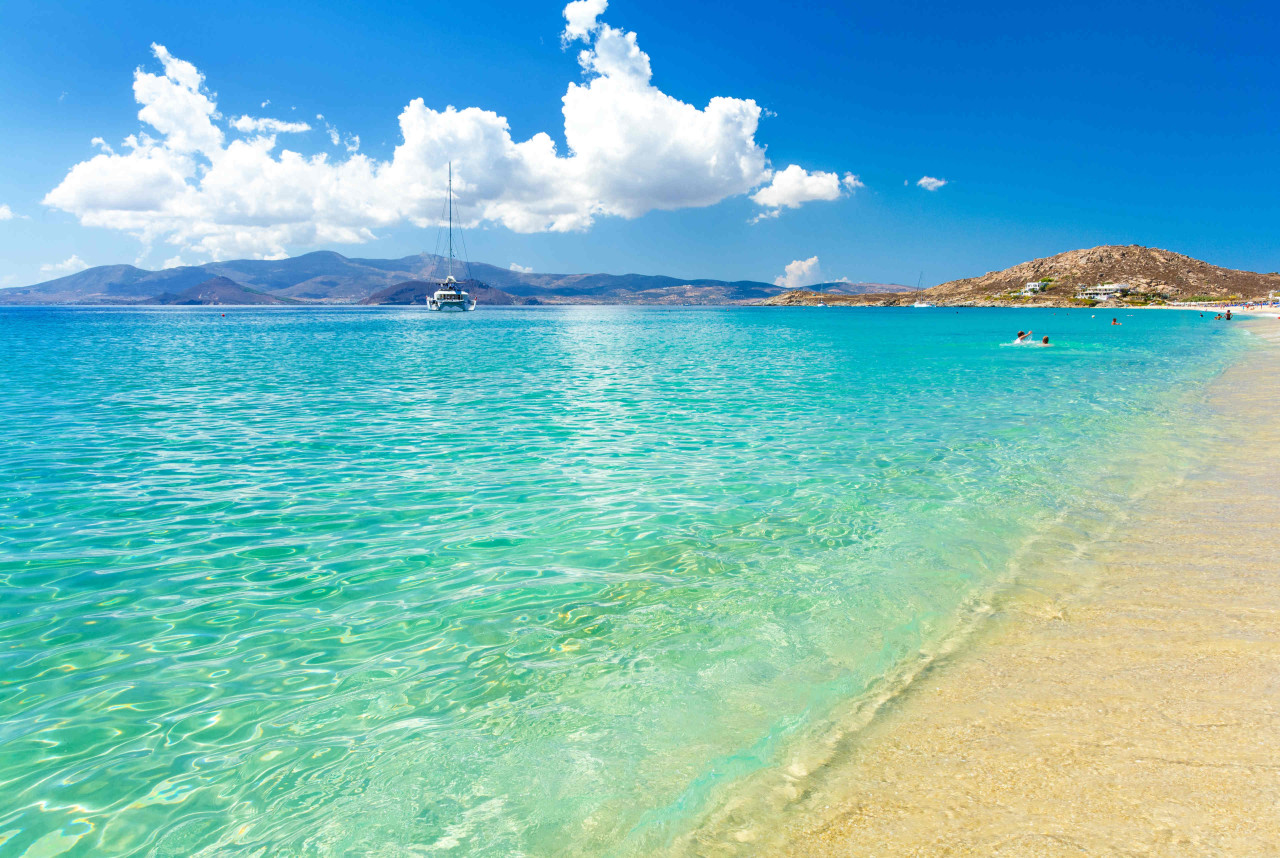 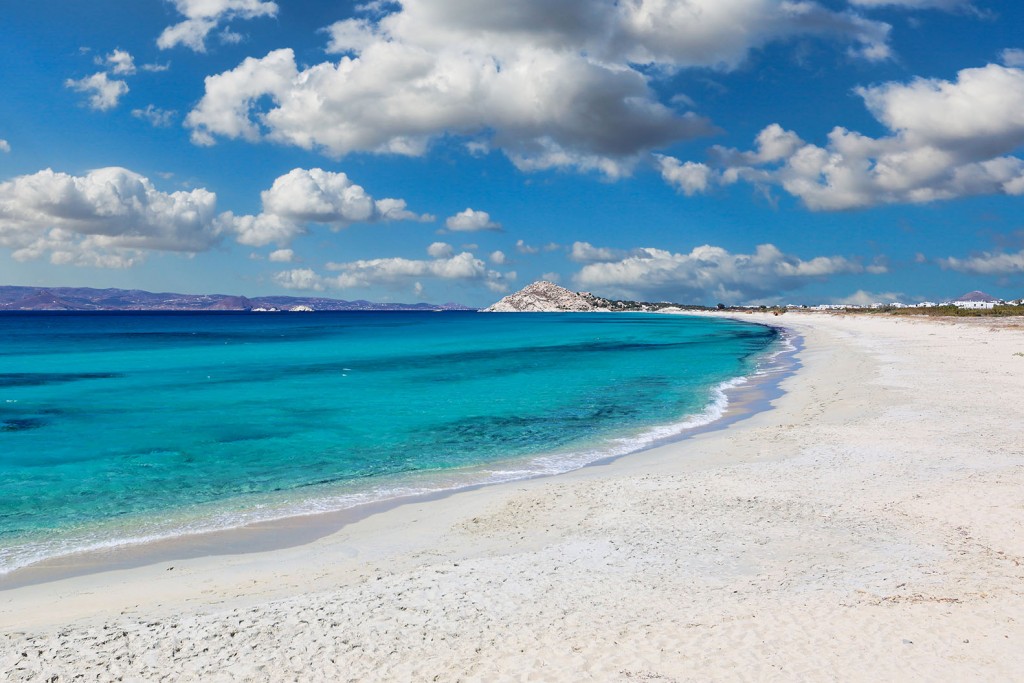 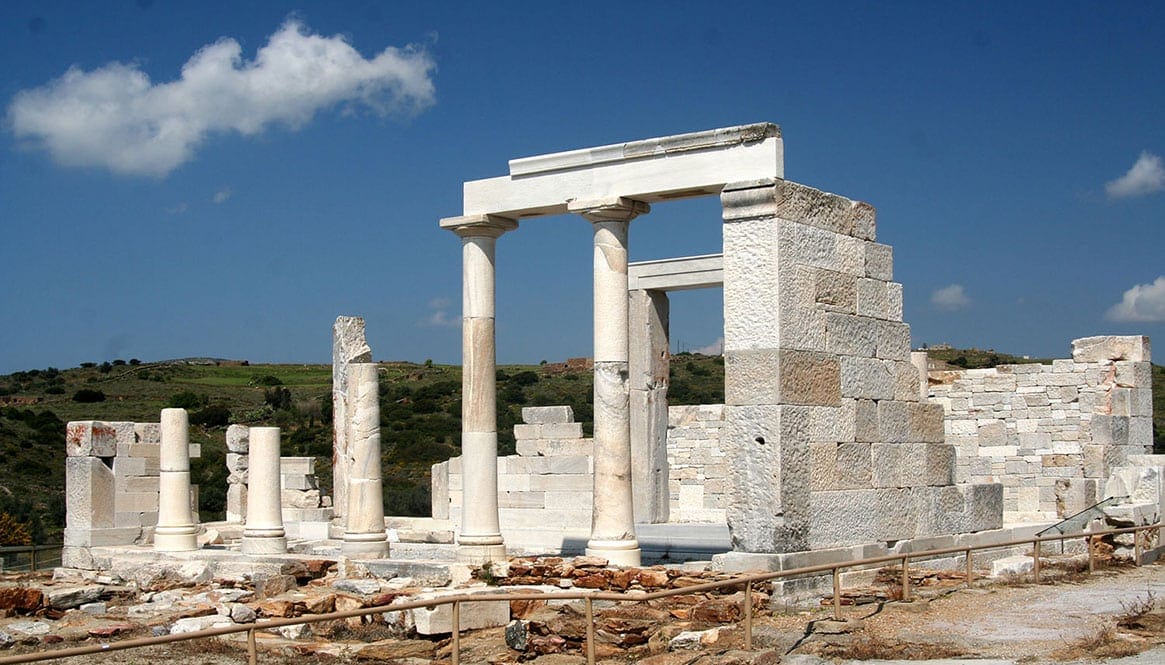 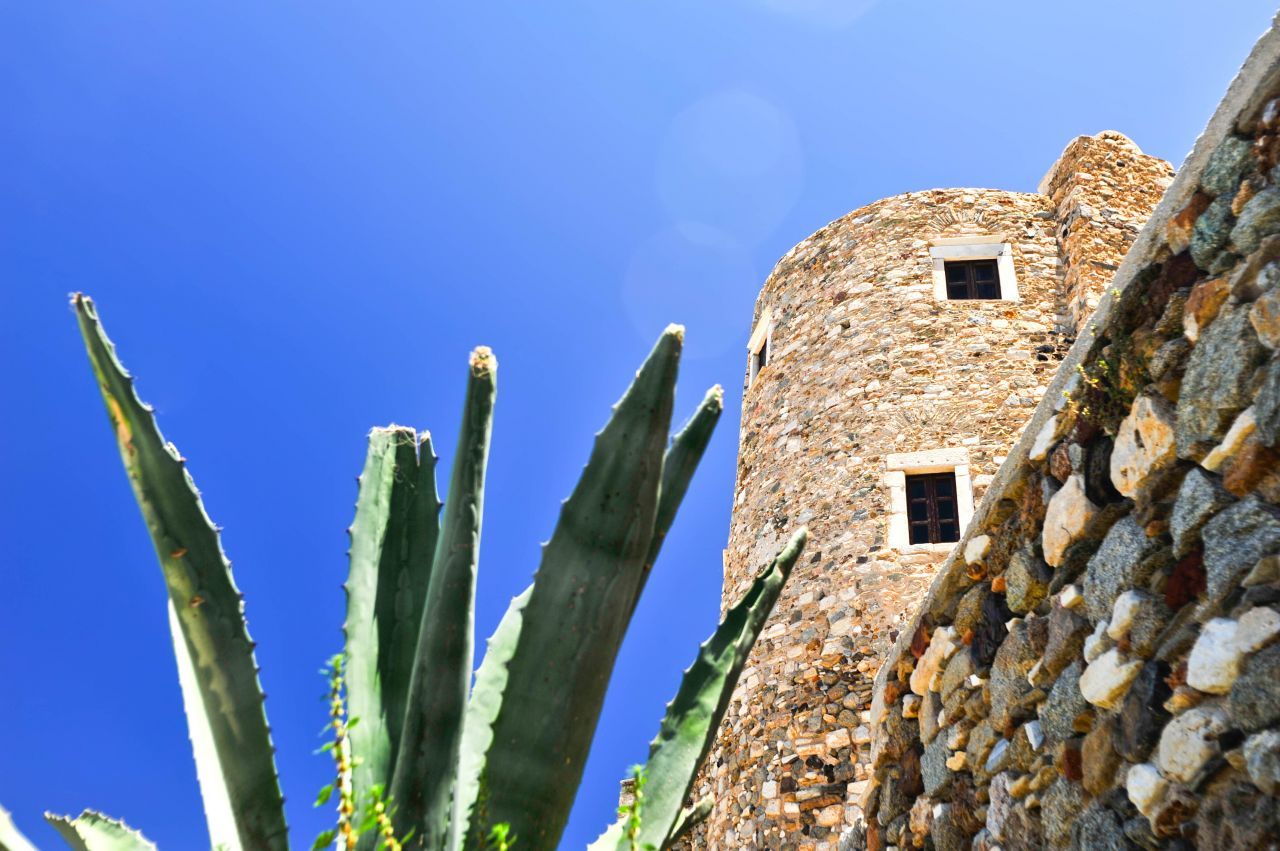