3rd Day: Early in the morning, transfer to Piraeus port to catch the boat to Santorini island. Arrival at Santorini and transfer to your hotel. Santorini island combines the beautiful beaches with the black volcanic sand, the ancient cities (Minoan city in Acrotiri), the best sunset in the world in Oia, the amazing restaurants, the unique local products like wine and an active volcano. Santorini is an ideal tourism destination for couples, singles, families and honeymooners. Free time for swimming at the volcano black sandy beach of Kamari.

4th Day: After breakfast at your hotel, we suggest you the optional Archaeological guided bus tour to Acrotiri excavations, Red beach and sunset in Oia. The tour starts with the breath taking view and visit of the Prophet Elias Monastery. Then follows Megalochori village, an extremely charming traditional settlement, almost abandoned after the big earthquake. The visit continues to Acrotiri excavations, one of the most significant archaeological sites, destroyed by the volcano’s eruption 3600 years ago and preserved buried under the volcano’s lava. Then you’ll have free time at the Red beach to simply enjoy the colourful formations of the mountain and visit Acrotiri bay for coffee or lunch with Greek traditional mezedes and ouzo (not included in the price). Next stop at Perivolos, with its black sandy beach, where you’ll have enough time to enjoy swimming, explore the area and taste fresh cooked fishes at the local tavernas. Last stop in one of the most popular wineries of Santorini, for a wine testing experience. Visit of the Oia village to admire the best sunset in the world.

5th Day: Breakfast at your hotel. Today, our proposal is an optional Caldera Morning Cruise, with the traditional motor boat. The tour starts with the bus transfer from the meeting point to the port of Athinios and continues with the traditional boat to the lava island of Nea Kammeni. The boat will make a stop, to give us the opportunity to ascend the soil path and approach the crater of the still active volcano. After seeing the crater we’ll walk back down the path and get on the boat. We’ll sail to second lava island of Palea Kammeni and reach the Hot Springs. The boat stops about 50 meters away, so you can dive in the green sulphur waters of the Hot Springs or relax and enjoy the view. The tour continues to Thirasia island which was part of Santorini before the big explosion of the volcano. We’ll stay in Thirasia island for 2 hours, having the chance for swimming, have lunch next to the sea or explore the village of Manolas with its winding steps and traditional houses. Sailing under Oia village, on the way to Athinios port, you can take wonderful pictures of the cliffs and the breathtaking scenery. At the port of Athinios, the bus we’ll be waiting for you, for your transfer to the departure point.

6th Day: Breakfast at your hotel and transfer to the port to catch the boat to Ios island. Arrival and transfer to your hotel. Ios is one of the most beautiful islands of the Cyclades. According to the ancient tradition it was the homeland of Homer’s mother and the resting place of the great epic poet. Swimming at one of the fantastic beaches of the island like Yialos beach or Koumbara beach.

7th Day: Breakfast at your hotel. We suggest you to investigate the capital of Ios, Chora, which is built on the slope of a hill. On the top of the hill there are the ruins of a medieval castle. Chora is a traditional village, a fine example of Cycladic architecture with white little houses, picturesque alleys, 12 windmills, white churches with light blue domes. On the highest spot of Chora there is the church of  Panagia Gremiotissa, the most important of the 365 churches of the island. The rest of the day is free for swimming at the long beach of Mylopotas with the white sand and the emerald waters and many local taverns and beach bars along the coast.

8th Day: After breakfast at your hotel, we suggest you to visit Skarkos, the early Bronze Age (2800 B.C.) settlement, found in Ios. It was built in a circular shape on a high altitude, providing to its residents very good view of the port and the sea. The settlement of Skarkos has very well organized street planning with squares and two storey buildings, stone paved floors and defensive walls. Several findings of the excavations like pottery, kitchen utensils, metal and stone tools are hosted in the Archaeological museum of Chora.

Also, we suggest you to visit the tomb of Homer in Plakoto of Ios. Homer died between 1100 and 900 B.C. He was among the greatest poets of ancient Greece and wrote the epics Iliad and Odyssey. His tomb was discovered by Pasch Von Krienen during the Russian Naval Brigade, who declared that one of the tombs found here, had an inscription that identified it as Homer’s grave. Besides, there were coins and texts by ancient historians Stravon, Pausanias and Herodotus to prove that Homer was buried here. Today, you can swim at the world famous Manganari beach. At the night time you can visit Chora, with its vivid nightlife, since Ios is well known as the best party island of Greece.

9th Day: Breakfast at your hotel, and transfer to the port to catch the boat to Piraeus. Arrival and transfer to your central hotel in Athens. Free time to visit the old town of Athens at Thisseion, where you can see the ancient Doric temple of Hephaestus (446-442 B.C.), the stoa Attalou museum at ancient Agora, the Monastiraki square with the Flea Market, the Horologion of Andronikos Kyrrhestes which is the first meteorological station of the ancient times, the Roman Agora, the famous Plaka area at the northern slopes of Acropolis with the small shops of souvenirs where you can enjoy your dinner at a traditional Greek tavern. 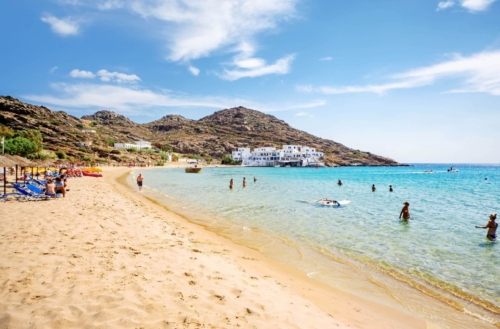 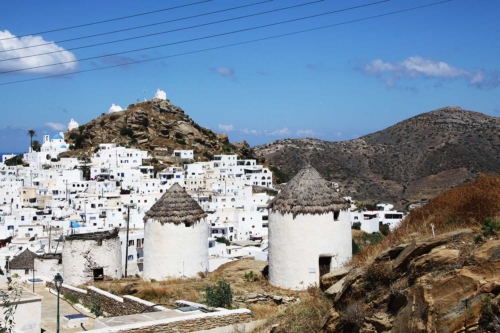 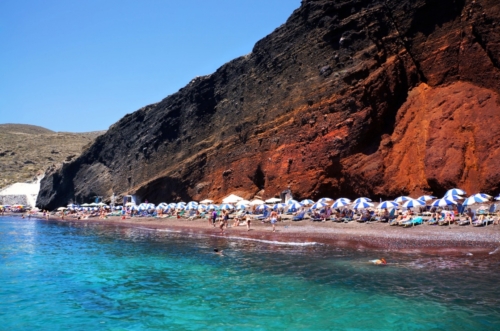 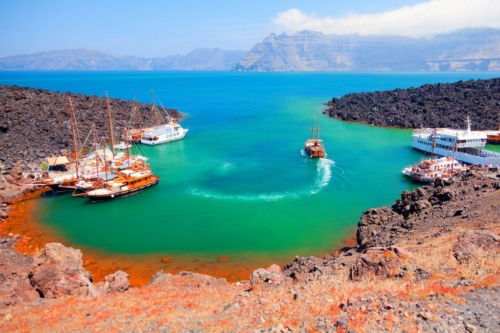