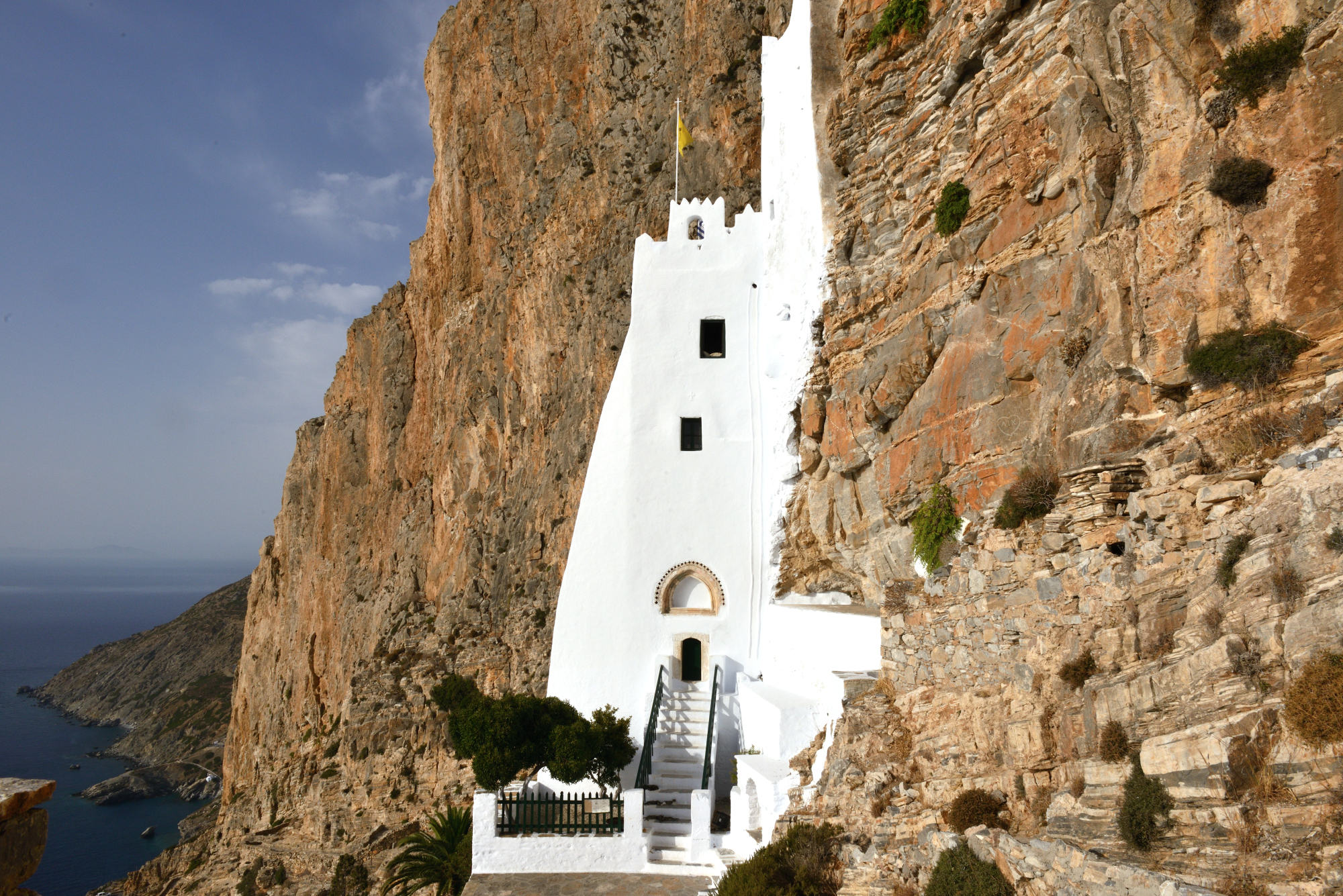 3rd Day: Early in the morning, transfer to Piraeus port to catch the boat to Amorgos island. Arrival at Amorgos and transfer to your hotel. Amorgos is one of the most beautiful Greek islands with minimal Cycladic architecture, fabulous beaches, caves, traditional whitewashed houses, narrow alleys with flowers, medieval castles, beautiful churches, taverns serving the delicious local dishes.

The island is accessible only by ferryboat and being untouched by mass tourism, remains the ideal summer dream of every traveller. Swimming at the long, sandy beach of Aegiali with the crystal waters and the tall pine trees around, providing good shade to the visitors.

4th Day: Breakfast at your hotel. Today you can visit the capital of Amorgos island Chora, which is a charming medieval town, one of the most picturesque villages in Cyclades. On the top of the rock called Kastro, there is the 13th century Venetian castle, built in 1290 by Ieremias Gizis for the protection of the island. The castle offers a magnificient view of the village. Chora is surrounded by windmills and full of Byzantine and early Christian churches. You can admire the traditional whitewashed houses with bougainvillea trees, the Lillputian alleys, the narrow streets with the cosy bars and tavernas. In Chora, you’ll see the Gavras tower, a remarkable Venetian building of 16th century, which now houses the Archaeological museum of Amorgos, with findings from the Minoan period (4000 years ago) the Cycladic, Hellenistic, Roman and EarlyChristian period. You can swim at Levressos beach, a secluded sandy beach with crystal clear waters which is accessible by foot from Aegiali.

5th Day: After breakfast at your hotel, you can visit the island’s top attraction, the 10th century cliffside monastery of Panagia Hozoviotissa.

The monastery, according to the tradition was founded by the Byzantine Emperor Alexios Komnenos in 1088, when the icon of Virgin Mary was sent by a woman, from Hozovo of Palestine and miraculously made its way to Amorgos. The monastery has eight floors connected by narrow stone staircases carved in to the rock. 350 steps lead you to the monastery. The interior of the monastery is like a labyrinth. On 21st November every year, there is a celebration, with the procession of the Holy icon of Virgin Mary. The Monastery is visible only from the sea and it is an example of human triumph over nature, a wonder that will leave you awestruck. Steps away from the monastery there is the small rocky beach of Agia Anna with the spectacular beauty. While you are swimming, you can enjoy the view of the Monastery carved to the steepest rock of Mount Prophet Elias. The crystal clear waters of Agia Anna beach, were captured, 20 years ago by Luc Besson in the film : The Big Blue.

6th Day: Breakfast at your hotel and free time for swimming or shopping of the local products like the famous liquors Rakomelo and Psimeni. In the evening, transfer to the port to catch the boat to Naxos island  . Arrival and transfer to your hotel. Naxos is the greenest island of the Cyclades. It has high mountains, fertile valleys, traditional villages, beautiful old churches, archaeological monuments and museums, well preserved medieval towers and Venetian castles, gorgeous beaches and quality local cuisine. You can eat at a tavern in Chora and enjoy a delicious dinner with local wine.

7th Day: Breakfast at your hotel. We suggest you the Naxos Bus Tour around the island with multilingual guide, to see the most important villages in Naxos, the Temple of goddess Demeter, the tiny Byzantine church with the frescoes of 6th century Panagia Drossiani, the traditional mountain village of Apeiranthos, the ancient huge unfinished marble statue of Kouros, the pottery workshop and olive press at Damalas, the Citrus distillery at Halki.

Swimming at Agios Prokopios, the long beach with the golden sand and the crystal waters, which is considered as one of the most beautiful beaches in Europe.

8th Day: After breakfast at your hotel, our proposal is a day cruise to the hidden paradise of  Small Cyclades, which includes a visit to the tiny island of Iraklia for swimming and a visit to the tranquil island of Koufonissi with the white houses and the blue windows, the traditional fish taverns and the most beautiful beaches in Greece.

If you prefer to stay in Naxos, you can explore the capital of the island Chora, where is located the castle, called Kastro, which is the most well preserved castle built by the Venetians in Cyclades. Entering the castle through its old enourmous wooden door, you’ll find whiteswashed churches, Catholic Monasteries and schools, the Archaeological museum of Naxos, antique shops, beautiful cafes, many restaurants, taverns, bars and shops. Do not forget to visit Portara, the most well known landmark of the island, consisted of a huge, ancient marble door standing on a small islet. Swimming at the Aliko beach. A wonderful beach with soft white sand and crystalline waters. Above the beach, there is a unique cedar forest with marvellous sand dunes. This forest is a protected natural area and creates an exotic atmosphere. 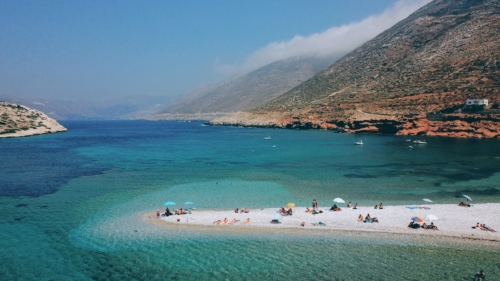 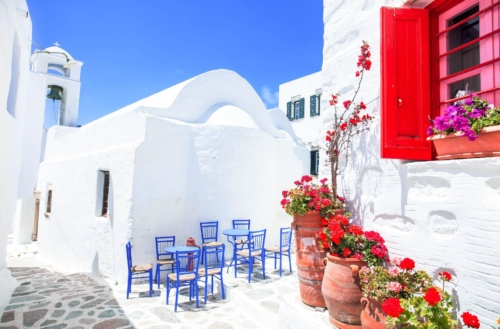 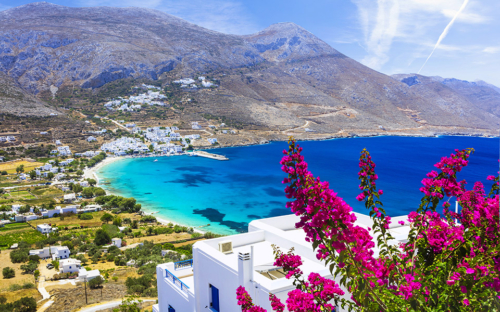