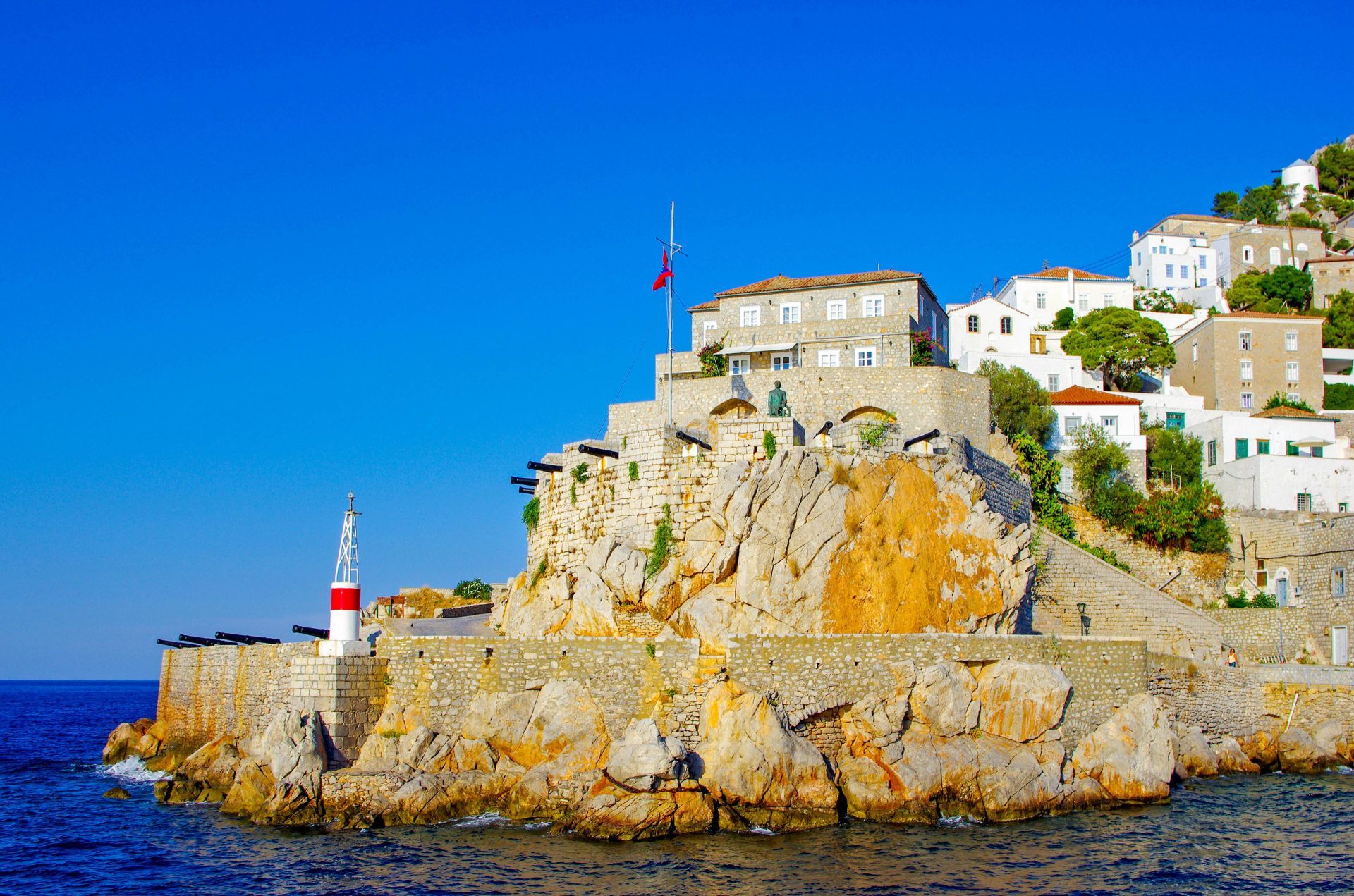 Hydra, built in the shape of an amphitheatre on a slope overlooking the Argosaronic gulf, is one of the most romantic destinations in Greece. Traditional stone mansions, narrow cobblestoned streets, secluded squares and above all the banning of cars and the use of around 500 donkeys as means of public transportation, explain the reason why Hydra Island Greece preserved its distinctive atmosphere through the passage of time. The island experienced exceptional economic growth in the past thanks to its great naval and commercial activity. The Hydriots contributed significantly also to the 1821 War of Independence as their powerful fleet participated in crucial sea battles. It is rather impressive the fact that such a tiny island is the birthplace of five Greek Prime Ministers!

Lavish stone mansions owned by important families (Voulgaris, Kountouriotis, Tombazis, Kriezis, Bountouris etc), and built by Italian artisans reveal the wealth that experienced the island in the past. Today most of these mansions house the island’s museums. 300 churches and 6 monasteries spread around the island as well as the cannons and the statues of the Independence War heroes still standing at the balconies of the islands create a romantic mosaic. 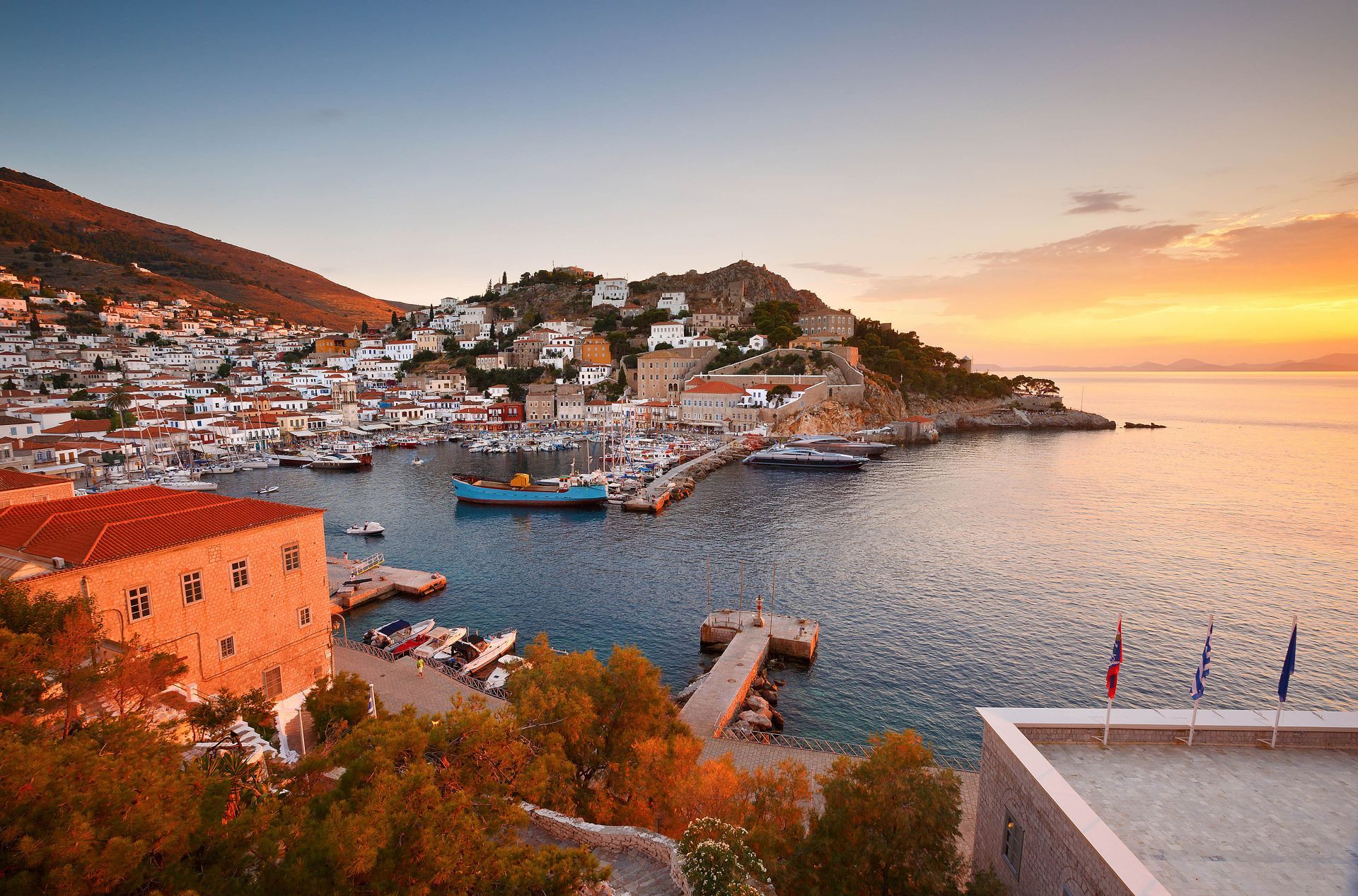 As you walk along the waterfront, the heart of the town, you encounter monuments, churches, canons, museums, old mansions, statues of famous heroes, the old gunpowder store, shops and cafes, while picturesque winding streets lead you to neighborhoods located at the upper part of the town, as well as to the old neighborhood of Kiafas.

Hydra island Greece  is also a yachting paradise, as every summer groups of sailing boats moor at the harbor, where they are joined by dozens of sensational motorboats and yachts. It’s worth mentioning that Hydra became famous all over the world thanks to the film “Boy on a Dolphin”, shot on the island in 1957 with Sophia Loren leading the starring role. Visit the island’s museums to take in a little history:

• Historical archive-Museum of Hydra: It showcases rare archive material related to the history, tradition and culture of the island from 1708-1865. It includes an Archive Section, the Museum Section, and the Library.
• Ecclesiastical and Byzantine Museum: Housed in the old Monastery of the Assumption of the Virgin Mary, it houses vestments, holy vessels, elaborately decorated gospel and icons, mainly from the 18th century.
• Annex to the National Historical Museum: The house of Lazaros Kountouriotis operates as an annex of the National Historical Museum. It was donated to the National and Ethnological Society of Greece in 1979 by Kountouriotis’ descendents.
• Museum of Post-Byzantine Art and History of Hydra: Housed in the mansion of Georgios Kountouriotis, the museum exhibits personal artifacts of the Kountouriotis family, as well as exhibits from the modern history of the island.

• Mandraki beach: During the War of Independence it was used as a harbour but today it is an organised beach with excellent water sport facilities.
• Bisti beach: A pebbly beach, where Hydra Diving Centre organises water sport activities such as diving and kayaking.

• Vlychos beach: A beach covered with pebbles at Vlychos holiday resort.
• Spilia beach: Ideal for tan-seeking sunbathers.
• Limnioniza beach: Many people consider it as the most beautiful beach on the island, probably because it takes two hours hiking in order to reach it, and enjoy a swim in its turquoise water!
• Hydroneta beach: This beach, which lies directly beneath the cannons, has cement decks suitable for sunbathing.
• Agios Nikolaos beach: A sandy beach, on the west of the island. Access is only possible by water taxi.

To visit the beautiful island of Hydra, we suggest you to choose the  One Day Cruise to 3 islands Hydra-Poros-Aegina. 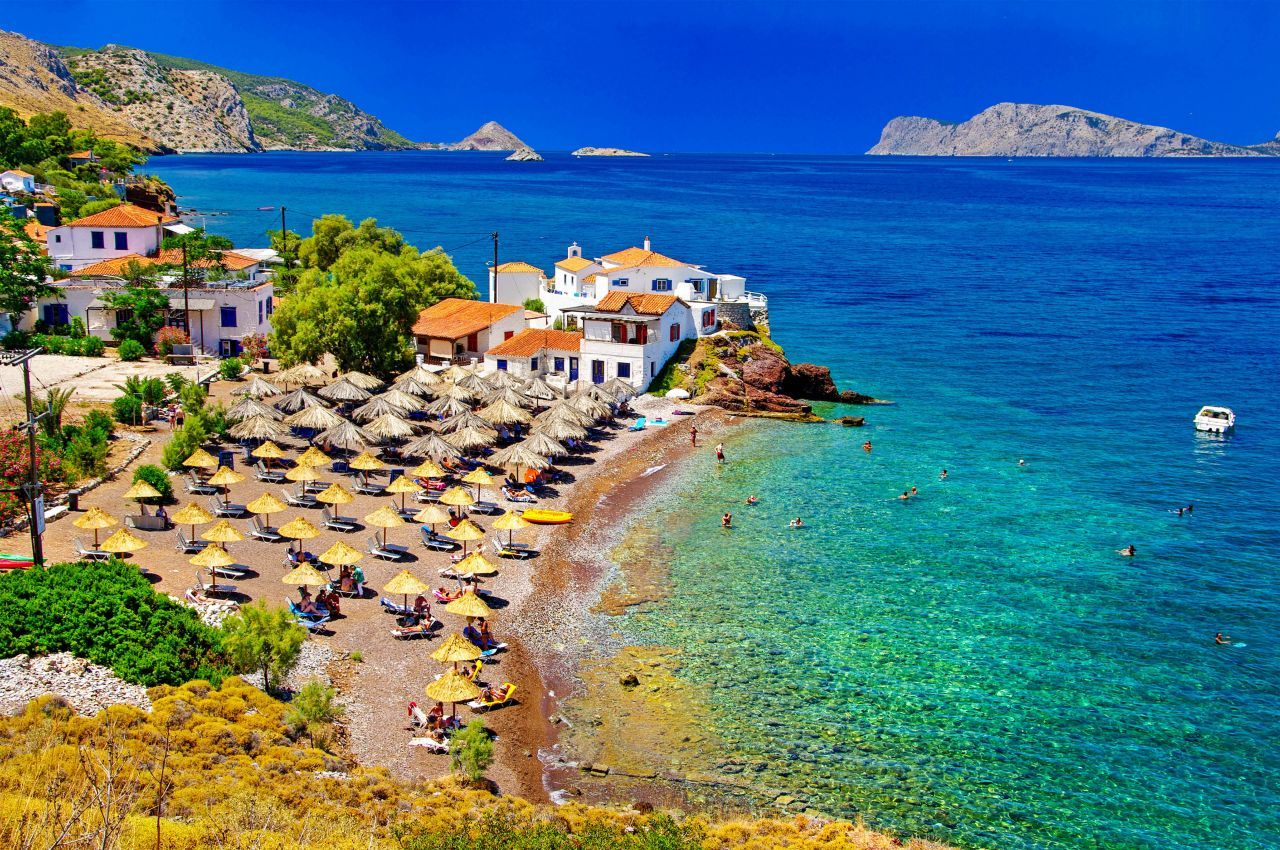