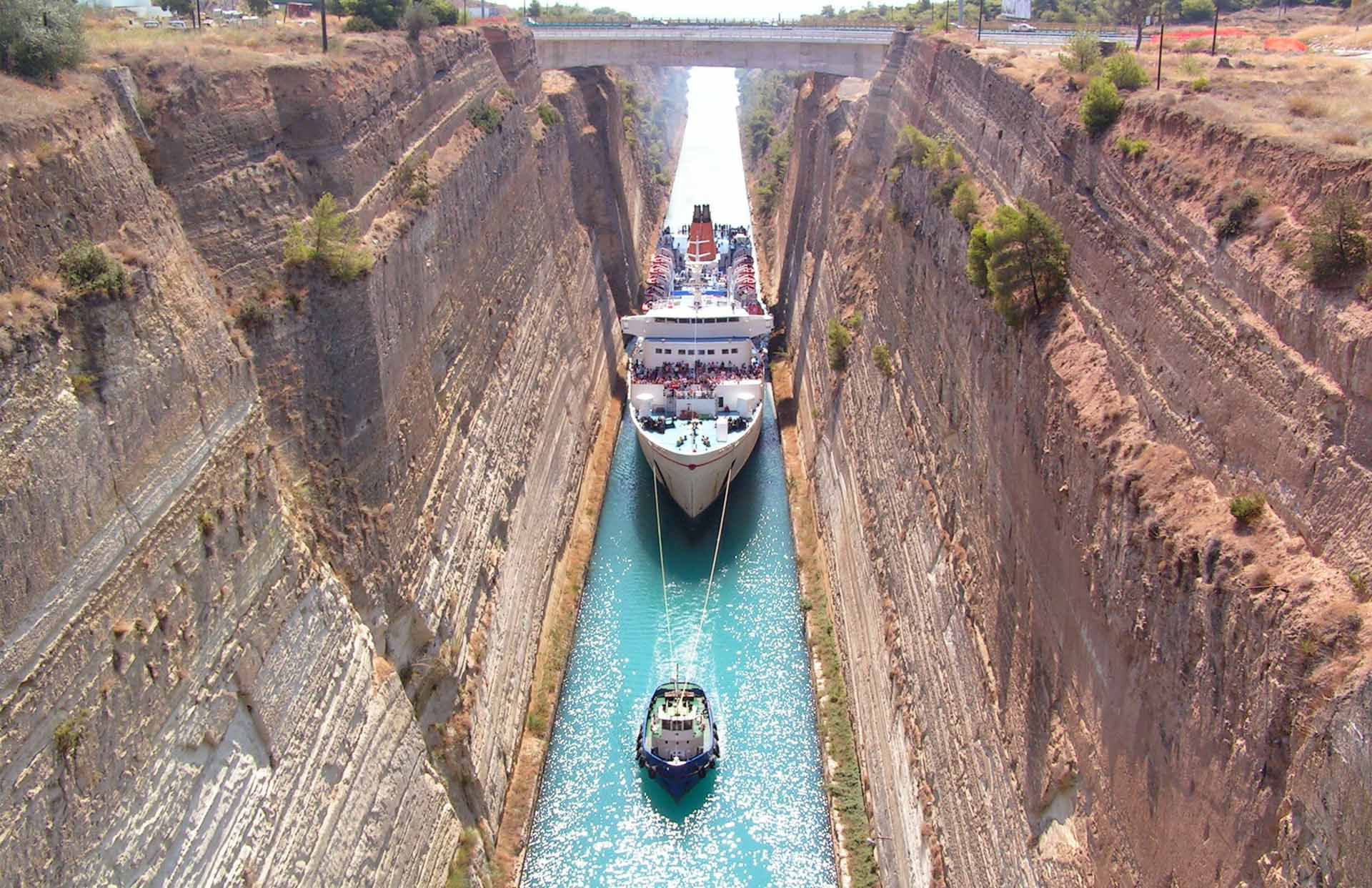 The Corinth Canal Greece connects the Gulf of Corinth in the Ionian Sea with the Saronic Gulf in the Aegean Sea. It cuts through the narrow Isthmus of Corinth and separates the Peloponnese from the Greek mainland, making the peninsula an island. The length of the canal is 6.4 kilometres and its width 21.4 metres. The distance of the Corinth canal from Athens is 65.5 km.

Several emperors and rulers of antiquity dreamed of cutting through the isthmus. The first attempt  had been made by the tyrant Periander in the 7th century BC. The project was abandoned and Periander instead of a canal, constructed a simpler and less costly overland portage road, named the Diolkos or stone carriageway, along which ships could be towed from one side of the isthmus to the other. Remnants of the Diolkos still exist next to the modern Corinth canal.

The Roman emperor Nero attempted to construct the canal and using a workforce consisting of 6.000 Jewish prisoners broke the ground with a pickaxe and removed the first basket-load of soil in 67 AD.  The project was abandoned when he died. The Roman senator Herodes Atticus, was thinking to dig a canal in the 2nd century AD, but he did not manage it. After the conquest of Peloponnese in 1687, the Venetians also were ready to start digging but they did not initiate the project.

In 1830, after the Greek independence from Ottoman Empire, the Greek governor Ioannis Kapodistrias asked a French engineer to assess the feasibility of the project but had to abandon it when its cost was assessed at 40 million gold francs. This amount was too expensive for the newly independent country. In 1869, the Prime Minister Thrasyvoulos Zaimis passed a law authorizing the construction of a Corinth Canal. The French company that was in charge, bankrupted. A fresh concession was granted to the Société Internationale du Canal Maritime de Corinthe in 1881, which was commissioned to construct the canal and operate it for the next 99 years. Construction was formally inaugurated on 23 April 1882 in the presence of King George I of Greece. This company also bankrupted. In 1890, the project was transferred to a Greek company, and was completed on 25 July 1893 after eleven years’ work.

After completion, because of the narrowness of the canal which makes the navigation difficult, many ship operators were unwilling to use the canal, and traffic was below the predictions. This situation created financial problems. During the World War I there was a major decline in traffic. Also, during the World War II, was caused a very serious damage to the infrastructure of Corinth canal by the German forces. The United States Army Corps of Engineers tried to clear it in 1947 and the canal reopened on September of 1948.

Nowadays, although the canal saves the 700 kilometres journey around the Peloponnese, it is  narrow for modern ocean freighters and  it is used by smaller recreational boats. Ships can pass through the canal on a one-way system. Around 15.000 ships from at least 50 countries transit through the Corinth canal per year. The canal is crossed  at a height of about 45 metres, by a road, a motorway and a railway line. Several companies offer a cruise through the canal with a departure from Piraeus port. For adventurers, the bridge connecting the peninsula to the mainland is ideal for bungee jumping.

The Corinth Canal Greece is one of the oldest canals in the world, a very important navigational route in the Greek archipelago and has become one of the major tourist destinations in Greece enabling visitors to take short trips through the canal and offering breathtaking view.

The best way to visit the Corinth canal is to choose one of the organized and guided bus tours of Kaningos Tours like : 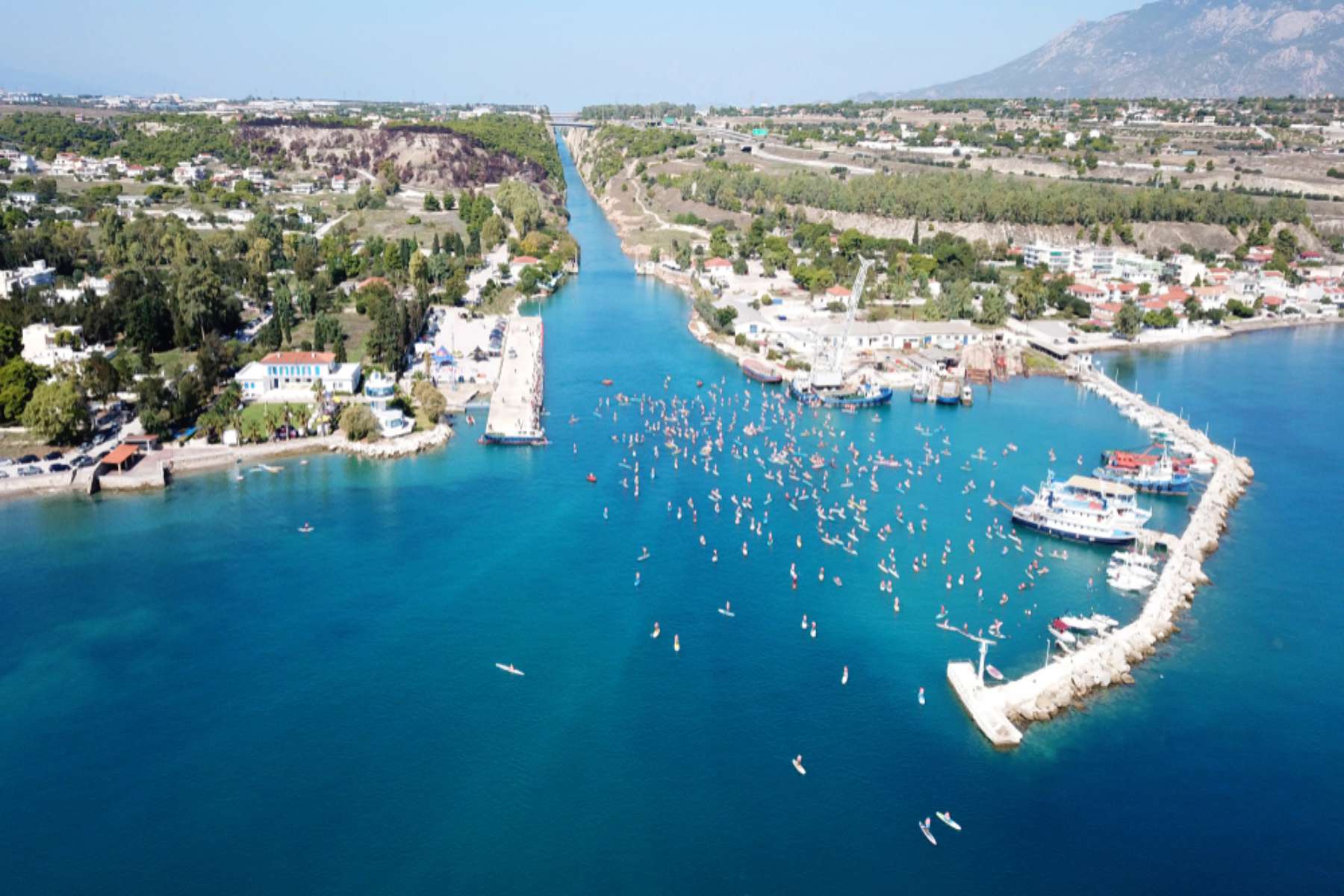 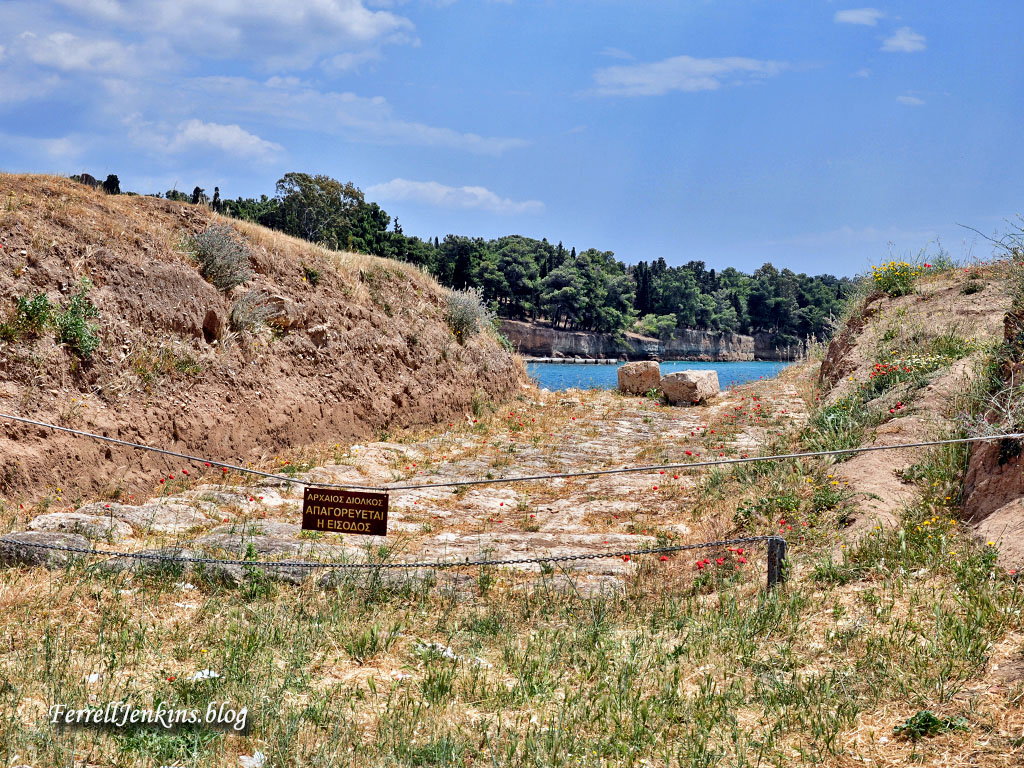 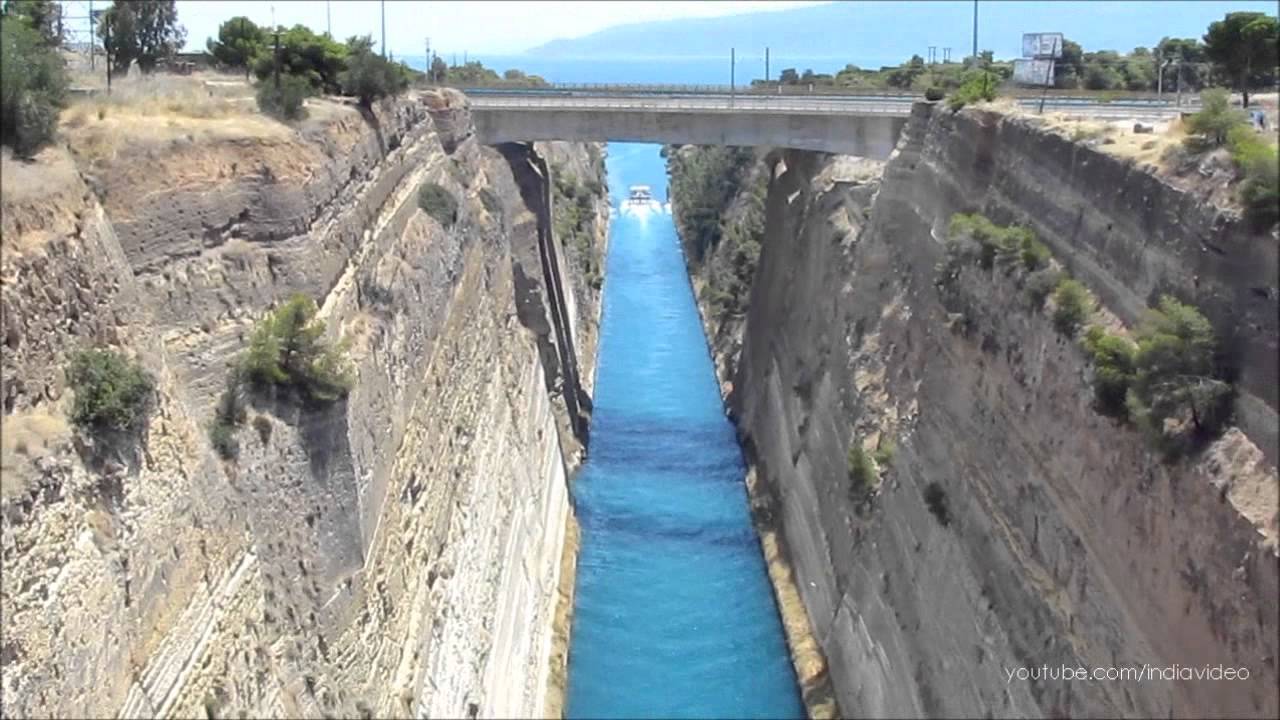