Cape Sounion Greece is the promontory at the southernmost tip of the Attic peninsula, 8 kilometres  south of the town of Lavrio, and 70 kilometres  southeast of Athens.  It is part of Athens metropolitan area. In Homer’s Odyssey we can find a literary reference to Sounion. The poem mentions that as the various Greek commanders sailed back from Troy, the helmsman of the ship of King Menelaus of Sparta died at his post while rounding  the Holy Sounion, Cape of Athens. Menelaus came to Sounion to give his companion full funeral honours. Archaeological finds on the site date from as early as 700 BC. Herodotus mentions that in sixth century BC, the Athenians celebrated a quinquennial festival at Sounion, which involved Athens’ leaders sailing to the cape in a sacred boat.

Cape Sounion Greece is noted for its Temple of Poseidon, one of the major monuments of the Golden Age of Athens. Its remains are perched on the headland, surrounded on three sides by the sea. The archaic temple was probably destroyed in 480 BC by Persian troops during their invasion of Greece. The temple of Poseidon at Sounion was constructed in 444–440 BC by the Athenian statesman Pericles, who also rebuilt the Parthenon in Athens.  It is perched above the sea at a height of almost 60 metres. The design of the temple was rectangular, with a colonnade on all four sides. The total number of original columns was 36. Only 15 columns still stand today. The columns are of the Doric Order and they are 6.10 metres high. They were made of locally quarried white marble.

About 300 metres northeast of the temple of Poseidon there is the temple of Athena Sounias which is built on a low hill. It was built in 470 BC, replacing an older building of the 6th century. Its architecture was unusual  as it had a colonnades on the southern and eastern, but not on the western or northern sides.  A smaller Doric temple next to the temple of Athena is thought to have been dedicated either to the hero Phrontis or to Goddes Artemis. In 413 BC, during the Peloponnesian War against the Spartans, the Athenians fortified the site of Cape Sounion with a wall and towers to prevent it from falling into Spartan hands. The Sounion fortress was soon later seized from the Athenians by a force of rebel slaves from the nearby silver mines of Laurium. The fortress was maintained well into the Hellenistic period. Repairs and additions to the fortress were made during the Chremonidean War (266–261 BC).

The architect who built the temple of Poseidon, decorated it with sculptures made of Parian marble which depicted the labours of Theseus as well as battles with Centaurs and Giants. The remaining sculptures are showcased in the Museum of Lavrio, where as the impressive kouroi [male youths] that once stood in the temple yard are now on display in the National Archaeological Museum of Athens.

The visitor of Athens, can organize a day trip to Cape Sounion, by indulging in a refreshing swim in the small beach by the foot of the temple of Poseidon or in any one of the neighbouring beaches in Legrena or Lavrio. There are some local tavernas serving fresh fish and seafood. Drink in the lovely sunset view next to your better half – in one of Attica’s best locations – having the ancient temple as a backdrop and facing the deep blue sea.

The best way to visit Cape Sounion and admire the ancient Temple of Poseidon is to choose the organized and guided excursion of Kaningos Tours : Cape Sounion tour Greece. 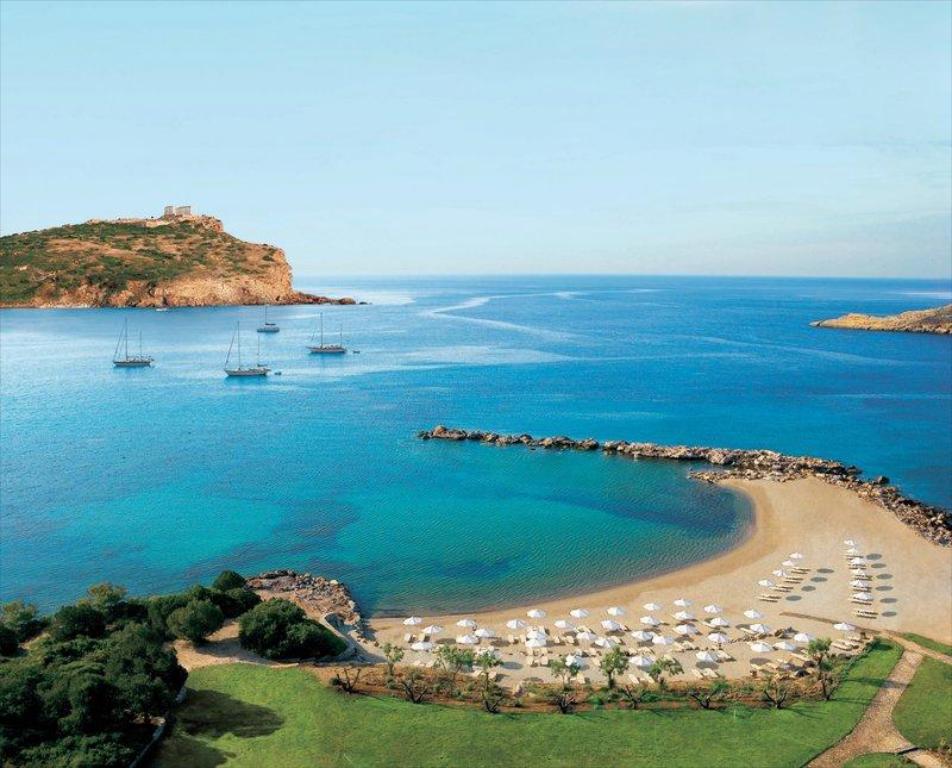 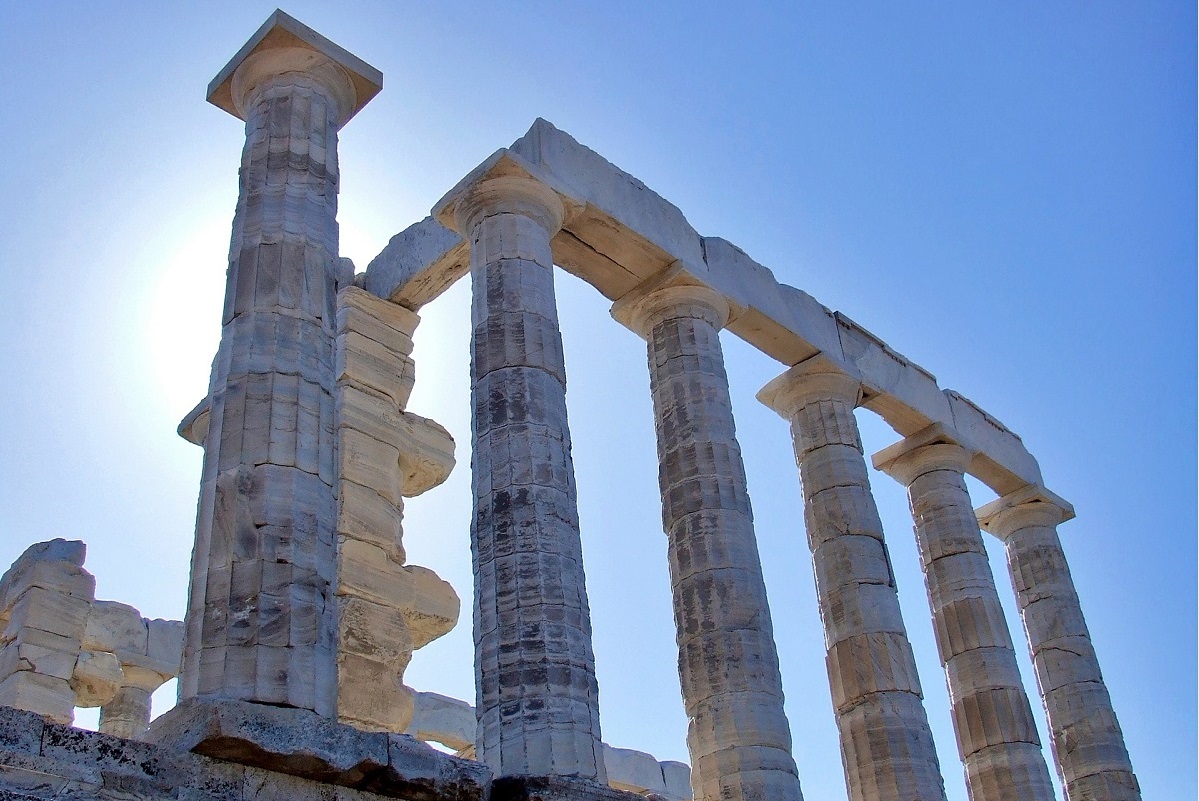 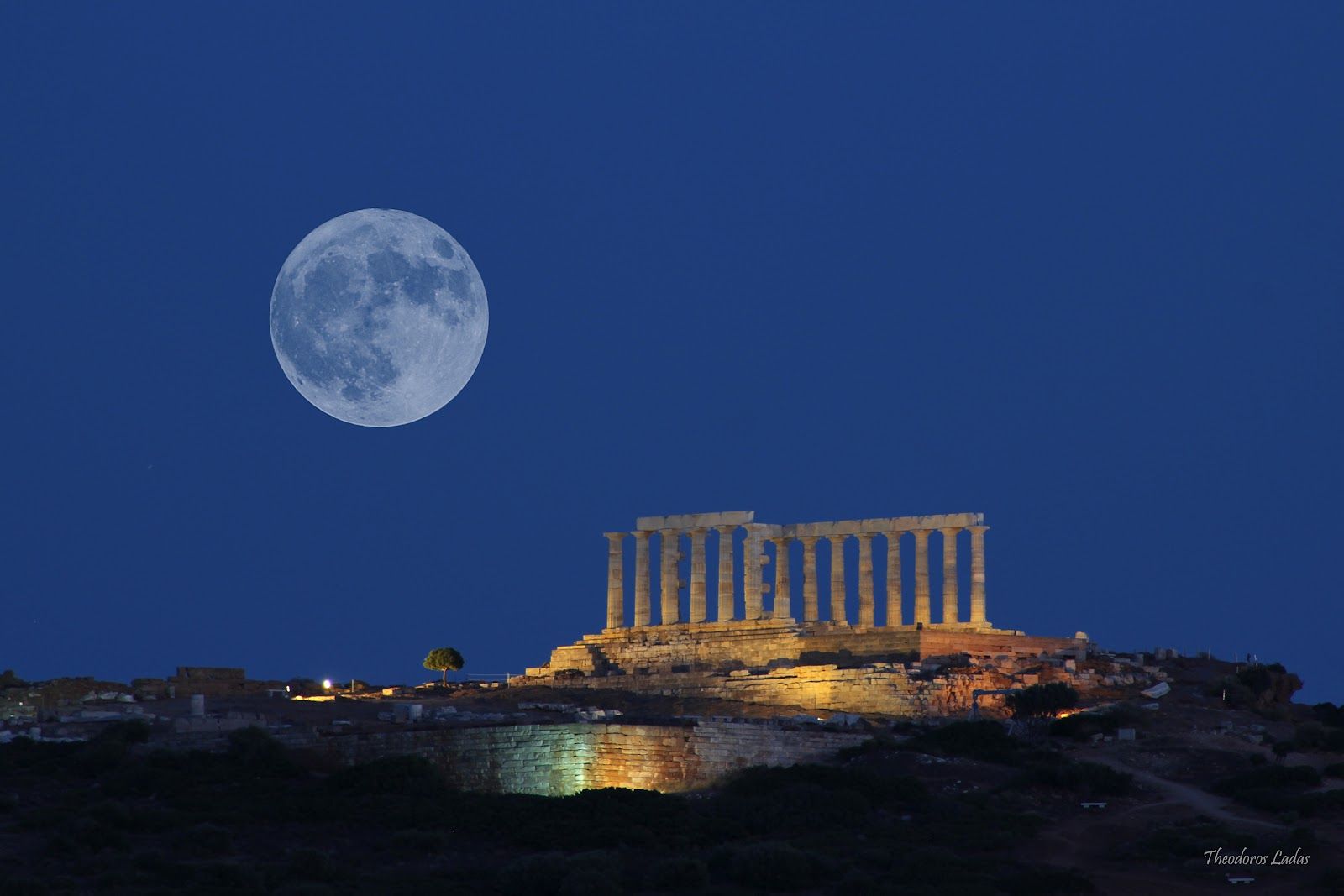 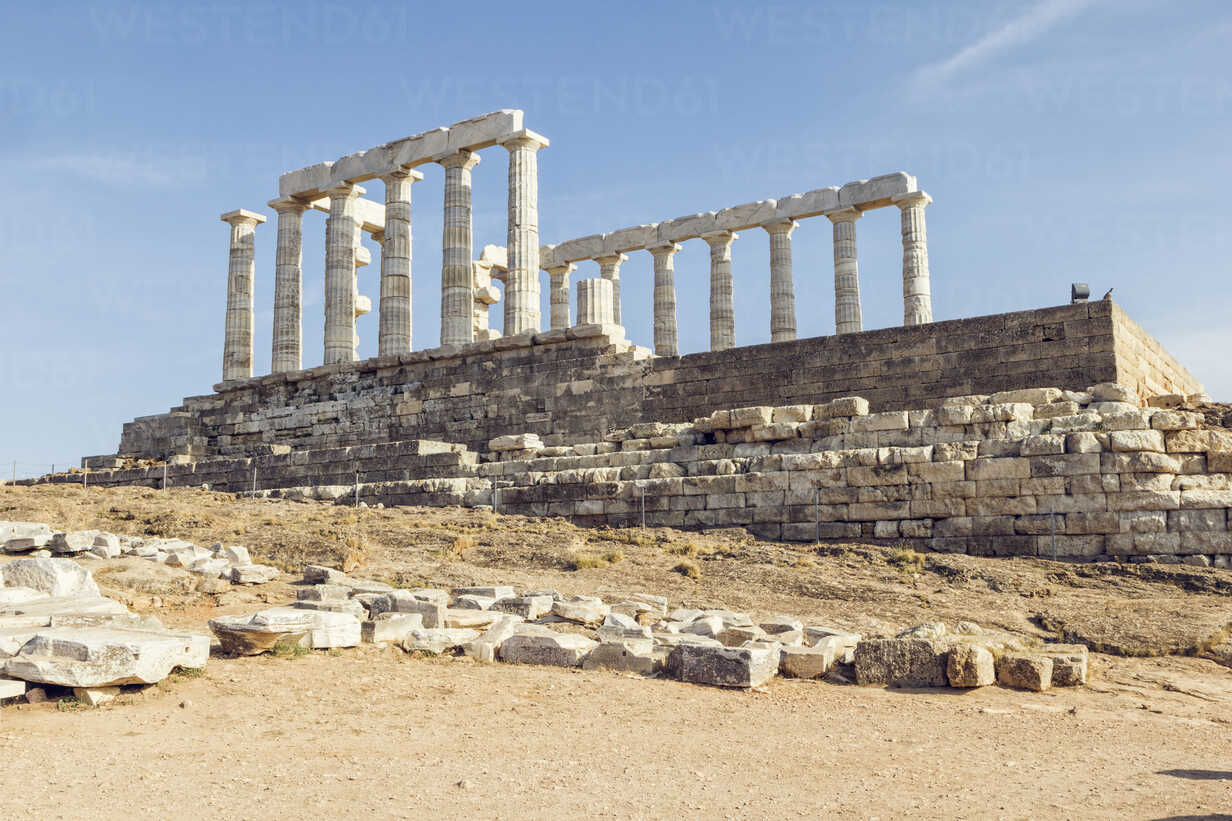