The city of Ancient Corinth Greece  was first inhabited in the Neolithic period (6500-3250 B.C.). It is located at the northern base of the hill of Acrocorinth. Its strategic location at the intersection of land routes from the Balkan peninsula  and mainland Greece on towards the Peloponnese and waterways that connect the western Mediterranean to its Eastern counterpart, to Asia Minor and to Syria, offered the region from very early on enormous potential for communication, growth and prosperity.

The city was known since the Mycenaean period. Homer refers to Corinth as prosperous city because of her especially fertile soil. The tremendous output of agricultural products, already in earlier historical periods, favoured intense expansion in trade activities mainly towards the Western Mediterranean, while in the 8th century BC Corinthian colonies were founded, like Corfu in the Ionian Sea, Syracuse in Sicily. The economic prosperity of Corinth  reached its apogee in the 7th– 6th centuries BC under the administration of the tyrant Cypselus and his son Periander. The strength of Corinth made its mark in a grandiose way in splendid buildings like the Temple of Apollo (560 BC), the establishment of the Isthmian Games by the leading families of the city (581 BC), held at the Corinthian sanctuary of Poseidon and Amphitrite at Isthmus, to the status of Panhellenic Games (584 BC) even further increased the fame and influence of the city. However, from the end of the 6th century BC, the rise of Athens and its dominance in the production of ceramic vases and in Mediterranean trade gradually eclipsed the influence of the Corinthians, particularly after the Persian Wars (490-479 BC) where, despite their powerful participation, the Corinthians were forced to yield to the primacy of the Athenians. In the Peloponnesian War (431-404 BC), Corinth openly allied with Sparta, from the outset exhorting the Spartans to turn their military against the Athenians. Despite the defeat of Athens and despite its involvement in a number of other military campaigns, among which the so-called “Corinthian War” against Sparta (395-387 BC), the city of Corinth did not manage to regain its former force. With the organization of a Panhellenic Conference in Corinth in 337 BC by King Philip the Second of Macedon, the then nascent power in the Greek world, Corinth returned temporarily to central stage, however it very quickly succumbed to the Macedonians. The casting off of the Macedonian yoke in 243 BC by Aratus of Sicyon was followed by accession to the Achaean League, a union of city-states of southern Greece. Nevertheless, the antagonism between the League and Rome led to the celebrated battle of Leukopetra in 146 BC in the region of Isthmus, where the Greek troops were crushed by the Roman legions under Lucius Mummius. As Greek and Roman authors related, military defeat was followed by the complete destruction and devastation of the city.

About one hundred years later in 44 BC Julius Caesar dictator of Rome in perpetuity decides to refound Corinth as a Roman colony, acknowledging its particular geographical importance in his broader strategy for the eastern Mediterranean. His violent death that same year did not dash his grandly inspired far-reaching plan as it was carried out by his successor Octavian, the future Augustus. The new city was called “Colonia Laus Iulia Corinthiensis” or “Clara Laus Iulia Corinthus” or “Iulia Corinthus Augusta”, as the colony of the Julian family of Caesar and Augustus (Gens Iulia) and it was decreed in 27 BC the capital of the Roman province of Achaea (Provincia Achaiae), which comprises a large part of mainland Greece, the Peloponnese and numerous islands. The goal of Rome was on one hand the creation of a stable Roman base in the tumultuous East, and on the other hand, a more rapid passage of the Roman fleet via Diolkos, the only paved portage road for the conveyance of ships that crossed the Isthmus.

The population of Ancient Corinth grew significantly as agriculture developed again, along with livestock-breeding and trade, with corresponding exports, such as woven material, textiles made of dyed wool, olive oil and honey as well as wood and metal objects. The city was redesigned following the Hippodamian system,  with vertical and horizontal street axes . Around its Forum were erected resplendent public edifices and private monuments in honor of the affluent Greeks and Romans who wished to emphatically proclaim their presence in the capital of the province. Accounts of the construction of buildings can be found in numerous inscriptions while representations of them exist primarily in local coins of a later date. Despite the invasion of the Heruli in A.D. 267 and the damages by a very destructive earthquake in A.D. 375, the city remained strong and prosperous and later became the capital of the Helladic Province of the eastern Roman Empire.  About the middle of the 1st century AD when the Apostle Paul visited, Corinth was already an important Roman city in the Empire. In 1204 the city was seized by the Franks and later, after the fall of Constantinople in 1453, by the Ottomans. For a short period the city remained under Venetian occupation, soon replaced by the Ottomans, until the liberation of Greece in 1830.

The archaeological site of Ancient Corinth lays on the northern foothills of the Acrocorinth hill, around the Archaic Temple of Apollo. Extended excavations and have brought to light the Roman Forum, temples, fountains, porticoes, baths, latrines and various other monuments. The investigations extended also to the fortress on Acrocorinth, to the south of the organized Archaeological Site. Excavations were conducted in 1892 and 1906 by the Archaeological Society of Athens under the direction of A. Skias. The systematic excavations of the area, initiated by the American School of Classical Studies in 1896, are still continuing today.

The monuments of the Archaeological site of Ancient Corinth are the following : 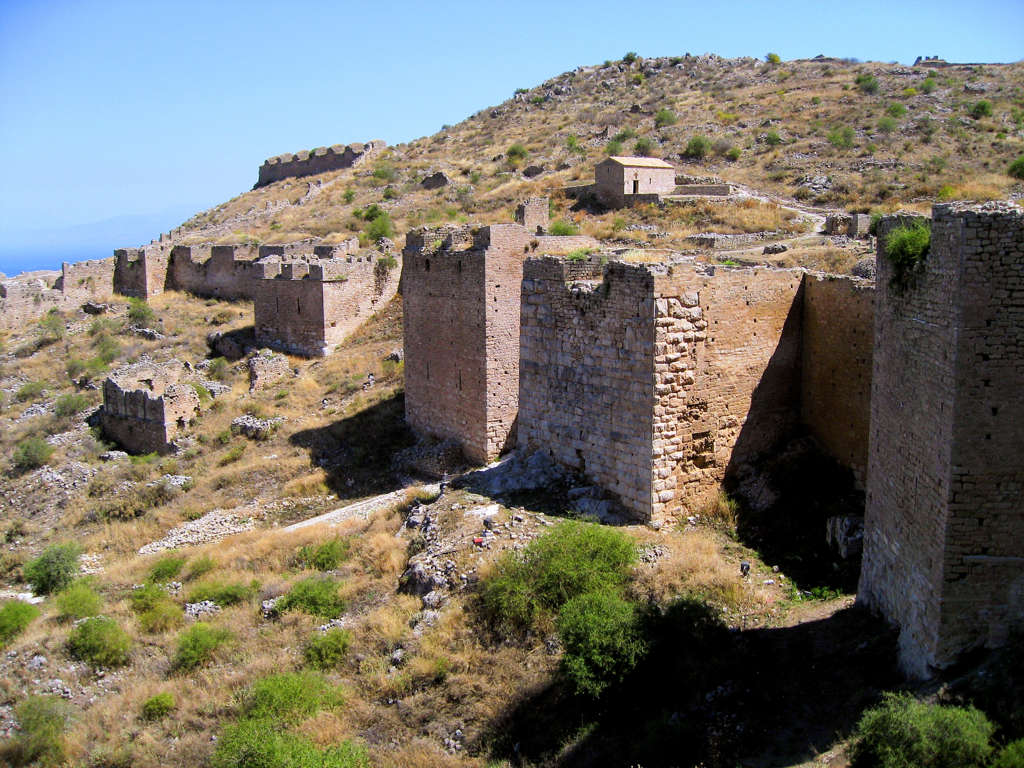 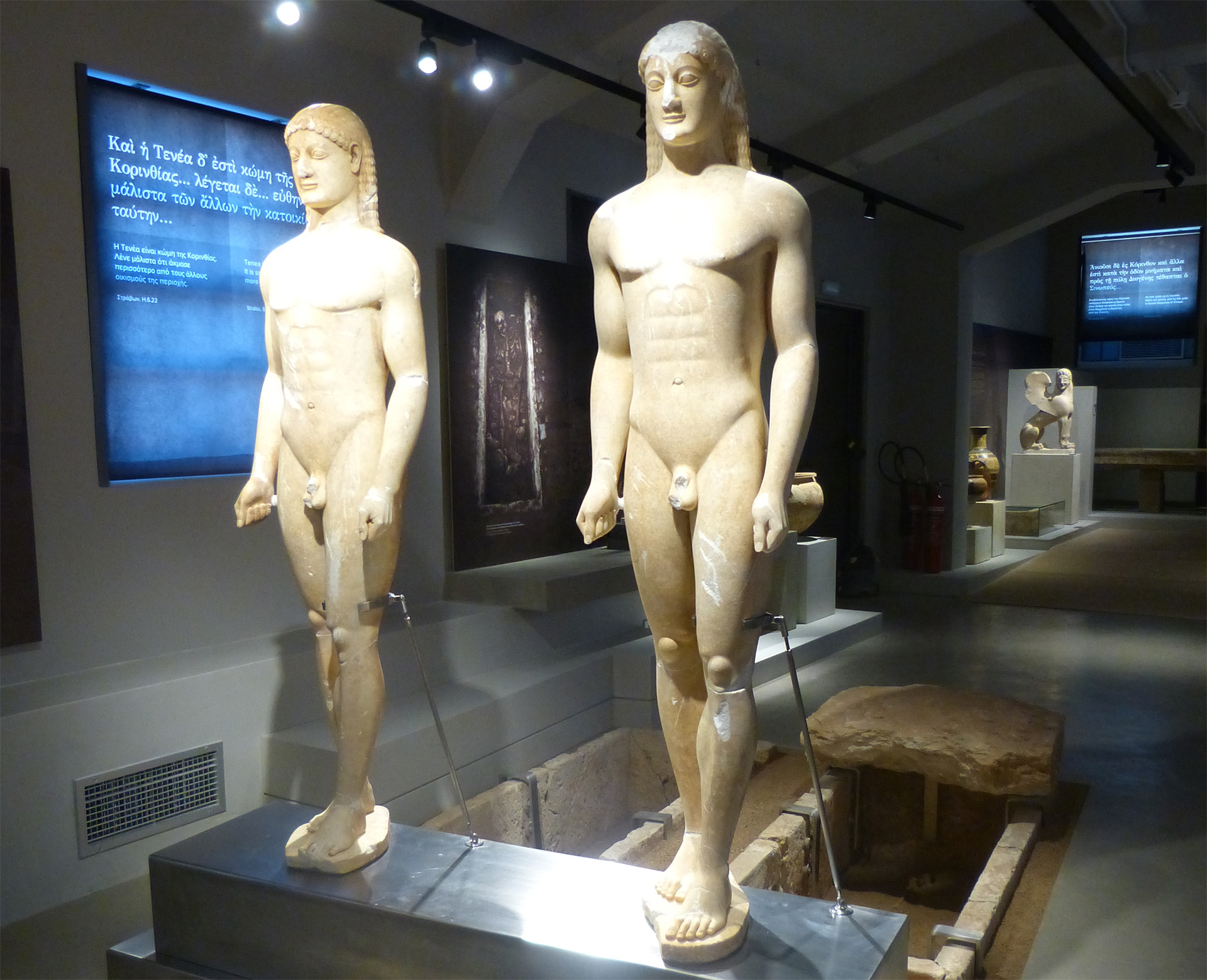 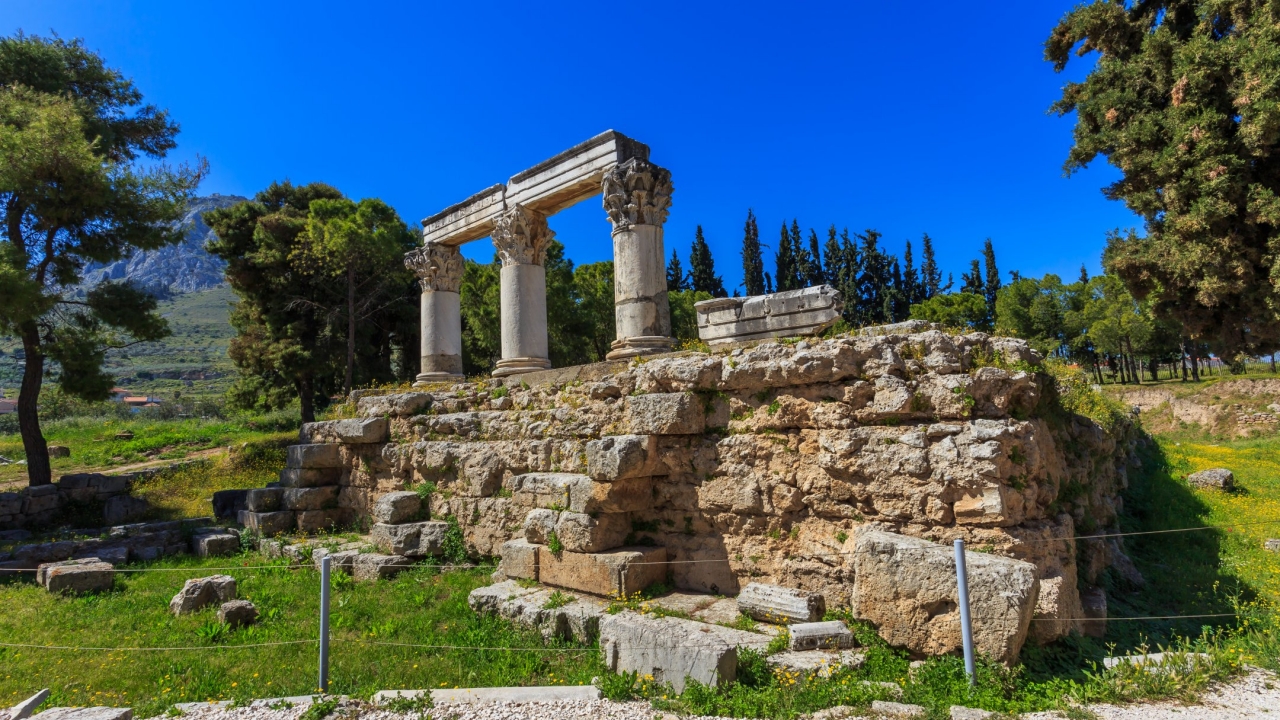